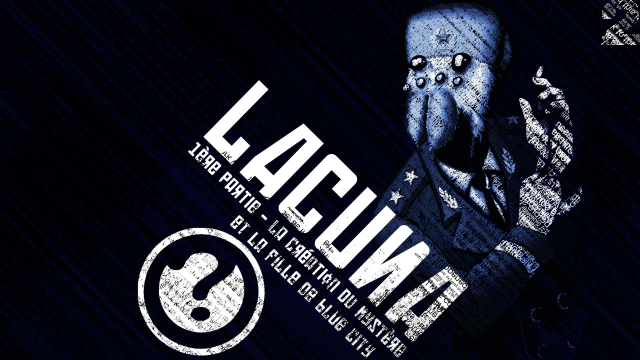 Last year Tobie wrapped up both our Lacuna and Bliss Stage games in one mega finale. As much as we had enjoyed playing both games, it's also good that they reached a good close to their respective stories.

So it was a total surprise today when Tobie linked our Lacuna one-shot game back to that long-running mega game concept. He had initially told us that we'd be playing a new spin on Lacuna and in the beginning a lot of things did feel new. But by the end of the story all the usual trauma triggers were back and we were all fighting for our lives. It was a lot of good fun.

Plus today's session involved a lot of players that we had not played with before including one who had never played RPGs before. It's always interesting to meet new players, but even more so given the crazy, trippy world of Lacuna and the Blue City. And I didn't happen to assault or shoot any of my fellow players this time?

And it felt really, really good to play Agent Mason again. As much as he has become such a stressed out, paranoid, highly aggressive psychopath in many ways, he's a character that I love so much given his growth makes so much to me as a little meta-plot I developed for him over the many game sessions. And it always feels good when your RPG character becomes fully realized in that manner.
gaming sietch life tabletop gaming