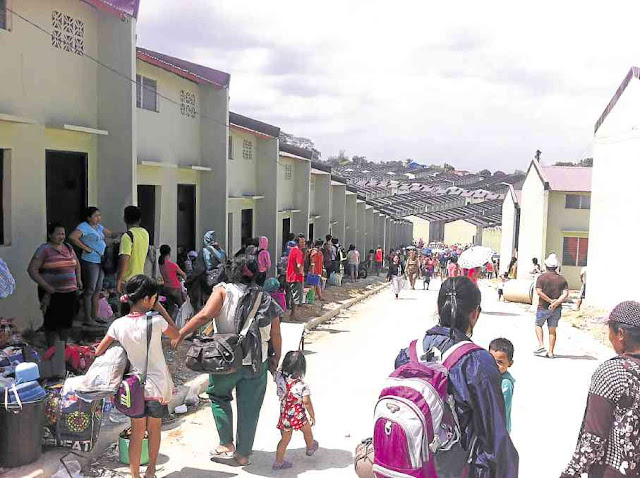 The move by militant group Kadamay to forcibly occupy idle government housing units in order to address lack of government action to provide them homes is a complicated one. At its simplest, it should be wrong for anyone, poor or otherwise, to just take homes for themselves. On the flip side, it's not like the government was doing anything with the houses and the negotiations with groups like Kadamay were not yielding tangible benefits. On the other hand, it's not like the government can just give housing away - someone has to pay for everything.

Add in the other problems that a lot of these locations, which were meant for urban poor relocation and government housing for members of the PNP and the military, lack access to basic utilities, lack livelihood options or are far from where people actually work. So not many people have wanted to move to these sites, leaving them idle for years and years. So who's right and who's wrong?

There is a level of desperation and exasperation that one has to recognize when it comes to the Kadamay and other groups of poor people who lack the means to fully address basic human needs on their own. It's not like they're not doing anything at all to elevate themselves - there's just only so much that they can do. We all know there's a lot to account for in life ranging from paying rent, paying all your bills, keeping yourself clothed and fed and so on. Add in bigger ticket items like medical expenses and education for children and the problems just keep compounding one on top of the other. Do you prioritize putting food on the table or paying for the home that you're in? There are no perfect solutions when you're living on a limited budget.

But we can't become a welfare state either. The national government doesn't have the funding to just give everything away nor should they - there has to be a way to meet halfway. But there are no clear answers in terms of how to move forward in this regard. How much is "too much" in terms of government handouts for food, education and housing? What efforts are being made to create new job opportunities not just in Metro Manila but evenly across the country?  How can we subsidize housing for people without breaking the treasury?

Yes, the Kadamay's decision to simply occupy the empty housing units was illegal and wrong on many levels. But the situation that forced them into this corner is also a complicated mess that has been getting worse and worse over the years. And I suspect that we haven't seen the last of the Kadamay's land grab efforts nor will the entire urban poor situation get resolved within this or even the next administration unless more drastic action is taken. Figuring out what that action should be is the question a lot of folks will be trying to answer in the years to come.
inner ramblings stop the presses