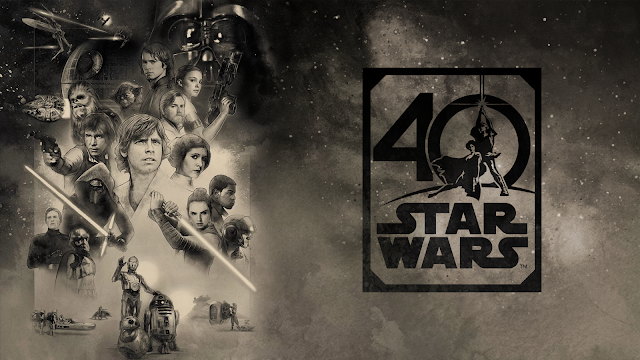 Last weekend marked this year's Star Wars Celebration, an annual convention that celebrates everything about the Star Wars franchise. This has always been a pretty big fan celebration over the years, but I can't help but feel like things really amped up after Disney took the reins of the franchise and pushed things into high gear with all the new movies, the rebooting of the Expanded Universe continuity and all that good stuff.

While I do love Star Wars, I was a Star Trek fan first and it's a little frustrating how our fandom doesn't get as much love. Sure there are Star Trek conventions around the world and a faithful following that holds onto the show despite lack of new content. But one of the biggest differences is how distant Viacom (or specifically CBS Television Studios and Paramount Pictures) seems to hold the fans at arms length.

The Star Wars franchise has always been a major merchandise machine but they've also celebrated the fans given the organized efforts behind the various cosplay charities and how fan films and the like continue to flourish across the internet. They get a lot of insights into the continuing development of new Star Wars materials and it's clear that a lot of the creators involved in the franchise began as fans as well. Even the notion of the Expanded Universe tying books, comics, and other media into a more or less coherent larger narrative acting as a growing history of the Star Wars Universe.

On the flip side Star Trek has had many books and comics but all pretty much independent of one another with little direction or oversight. Each TV show has been more a studio project that one that really feels like it factored in the fans and the Axanar lawsuit led to some pretty stringent rules that essentially limited Star Trek fan films to productions that can look like Star Trek but need to be cleansed of all Star Trek terms and iconography that essentially make the production still Star Trek.

It feels so much easier to be a Star Wars fan than a Star Trek fan, especially these days. And that makes me kind of sad.
inner ramblings moving pictures Star Trek Star Wars television