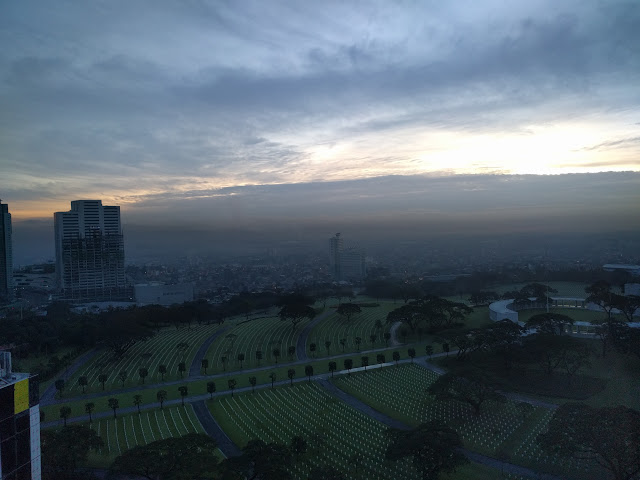 So it has been 10 years since my father died. Ten years today.

It still feels a bit weird.

When I run the numbers, this means that he's been dead longer than we were estranged from one another. What does that say about things? Probably nothing.

There's definitely a lingering sense of not having closure - we hadn't spoken for years before that fateful day and by the time I had gotten to the hospital he was already comatose. And thus there's a lot of words that never got spoken. A lot of things left unsaid.

It was even more discombobulating was how so many people had showed up to show their support for him in his final hours - geeks of different walks and circles and whatnot. My dad was a card-carrying geek of the occasionally cosplaying variety and this had all happened some time after we had lost touch with one another.

When a lot of the geeks talk about my father, it's like they're talking about someone else entirely. Many refer to him as being a father figure to them. I hear a lot of stories about how thoughtful he was and how caring he was. It's not that I don't think these statements and other statements are true - it's totally possible and I can see how that can happen. I can believe that this is the experience that they had with him.

Their experiences were just very different from mine.

More than anything, I think it's clear that Ricky was a good friend to many people. He was a good friend to me to for the most part, I'll give him that. He wasn't quite a father all the time nor was he a dad though - he was always Ricky. He was more like a friend or an older brother to me. He was there for the good times but not always for the serious stuff. He was fun to play with but he was quick to lose patience with me too.

On this day I'm sure a lot of his friends are remembering him and celebrating him and the memories they have of him. To some degree I envy them and I envy the Ricky they knew. He may sound very different from the man I grew up with but at least he found his place in life and found people who accepted him and had fun with him and love him.

I don't feel sad he's gone. I also no longer feel angry either, so I guess that's progress.

Sometimes I worry that I feel nothing at all. More and more he's just a vague memory and I've recently had to dig up photos to clearly remember what he looks like. This is somewhat ironic as many others say that a lot of my behaviors and mannerisms echo his so I continue to remind people of him.