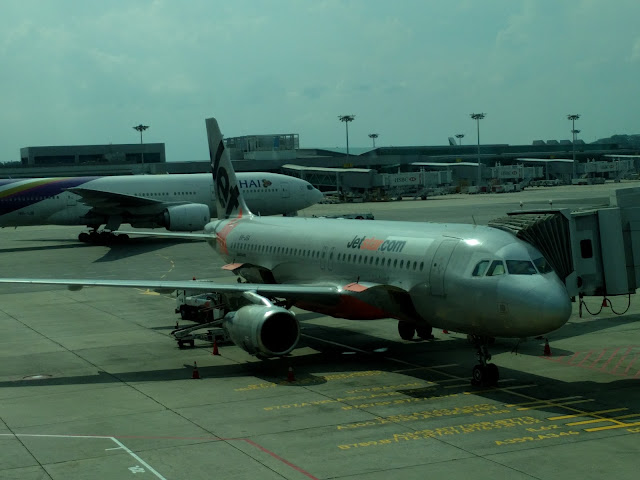 Despite some terminal confusion by my Uber driver to the airport, my trip home from Singapore was largely uneventful. The Immigration queues at Changi were busy as expected given the Sunday of a long weekend but otherwise things were pretty quick, efficient and relatively painless. I slept through most of the flight, which helped me not consider the discomfort of having a middle seat between two strangers. I only had to get up once to allow the girl who had the window seat to use the bathroom mid-flight. Otherwise I'm sure they had to deal with my snoring.

NAIA wasn't too terrible either given no health / quarantine check today and a generally efficient Immigration processing. My bag made it out intact and without much delay and the only other hiccup was not being able to locate an Uber driver due to high volume. So I ended up with a GrabCar, which isn't too bad as long as the ride gets me home.

Tobie had a great Racks delivery dinner ready for me when I got home and we enjoyed the first episode of the new season of Doctor Who while stuffing our faces. It's nice to be back home at the Sietch.

Still feeling pretty drained so we may head for bed sooner rather than later. I do want to spend a bit more time catching up with Tobie and going through the latest balikbayan box haul from the US. But we'll see - the body knows what it needs more than we do at times and the bed is definitely calling.