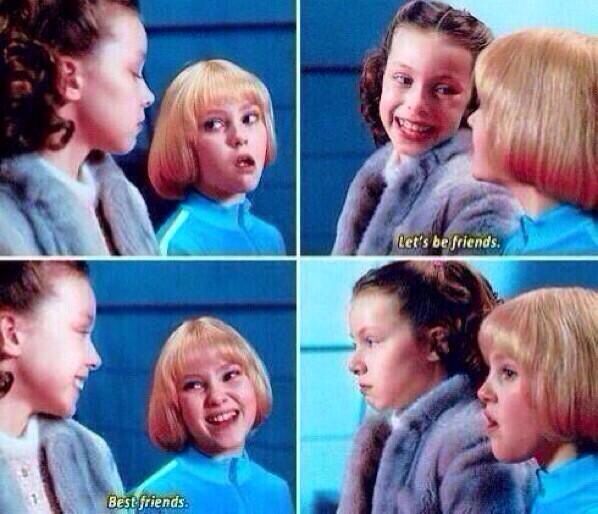 In this age of social media, we all have what we can only term to be "online friends" - the people that we've somehow connected to on one platform or another but have never met in person. Sometimes we have "real life" friends that we haven't for the longest time and they end up becoming no different from online friends since we only interact there. Social media is a great channel for connecting with people but it's also an excuse not to bother actually meeting up with people anymore.

At this point I will have one person or another challenge that there should be no difference - that friends are friends regardless of how you interact or how little you see of one another in person. You don't stop being friends because of that, right? And so on and so forth.

I know I've blogged about this before, but I can't seem to dig up the relevant post right now. I do have a blog post about being disappointed when people don''t make more of an effort, and I suppose that is somehow related to what I'm trying to write about today.

Given our on-going experiments with using location-based dating apps like Grindr and Growlr to meet potential gamers to add to our game nights, we've met a good number of interesting people. And given relative proximity for some, we end up gaming with them more often than other.

To compare these contacts to other social media friends may seem a bit unfair since proximity is a serious factor for consideration for getting around Metro Manila. But it's not like we only meet people who are walking distance from home. These are still people who need to travel from Makati or Mandaluyong to get over to BGC, so there is still some effort into traveling.

And thus it still stings when people that you've had lengthier and perhaps more meaningful conversations with over on social media can never seem to make time to meet up with you. There's the repeated promises of setting time one day or the comments about wishing they could game with us but in the long run  they remain online friends. Everyone has different priorities of course but this is also why at times it feels like a reminder of your relative value in their eyes. And thus when you see them travel even farther for other contacts or worse, will be in the area and can't be bothered to set time in the future to visit the area area, it does feel odd.

I think this is why we focus on expanding gaming circles instead of making deeper connections as friends. Friends disappoint you more often than not. More casual gaming contacts at least are only people you share hobbies with and so it's not so emotionally annoying when they can't show up.

Or maybe this is more me than Tobie. I know I have my walls that separate me from most other people. I'm highly defensive about my emotional well-being and so I'm fairly quick to cut people off when I don't think its going to work out. Tobie helps keep me balanced, but he can have a bit of a temper too when people piss us off. Maybe we're just getting old in that regard.
gaming inner ramblings social networking tabletop gaming