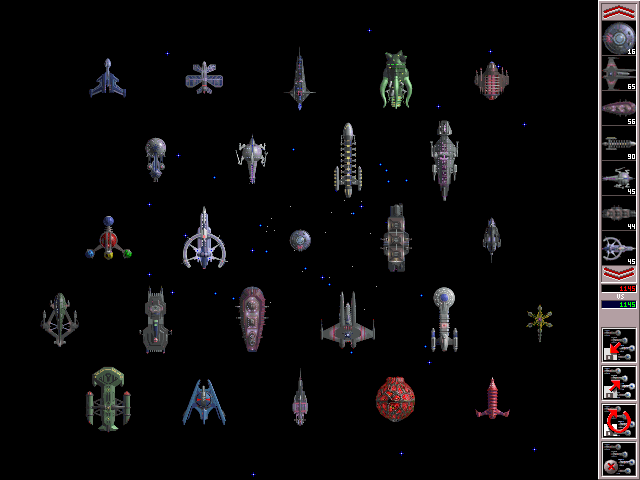 One of the games that made a big impact on my science fiction childhood was Star Control II: the Ur-Quan Masters, a game published by Accolade in 1992. The first game was really more a straight-up one-on-one space combat action game and not much more than that. This sequel added a rather gripping story, a space exploration and resource management layer to the game, and it also added a adventure-game style narrative that has you visiting alien races and working out deals.

The story that drove the game was just brilliant. I remember reading and re-reading the manual to learn all I could about the diverse history of the races involved in the game and how everything fell apart as the Alliance of Free Stars fell to the might of the Ur-Quan and their Hierarchy of Battle Thralls. The game begins with you discovering that Earth has been imprisoned by a slave shield surrounding the entire planet and it's falls to you to figure out what has happened, free your people, and defeat the Ur-Quan. There was just so much drama inherent to the plot that the story of the game itself only adds to the joy of things. And the big finale and how you ultimately win the game is the cherry on top of this entire delightful experience.

The effort that went into conceiving the various races and giving them such diverse and distinctive characteristics always seemed daunting to me since there were so many good ideas. Take the Mycon, a race that seem closer to plants who figured out how to grow vessels capable of traversing space. Or you have the Chenjesu who were a race of beings that somehow developed from crystals and thus were a silicon-based entity. These sound like the sort of ideas you find in old hard science fiction stories or episodes of Star Trek perhaps. And their ship design naturally mirrored their power sets somehow, adding a lot of thematic flavor to the whole thing.

A number of my stories have tried to capture the feel of the Star Control universe in its flavor and it hasn't been easy to achieve. A lot of time it often feels like I'm copying too much but other times I remind myself a lot of the ideas in the game have been around for a very long time, so I shouldn't obsess over things.
computer gaming gaming writing