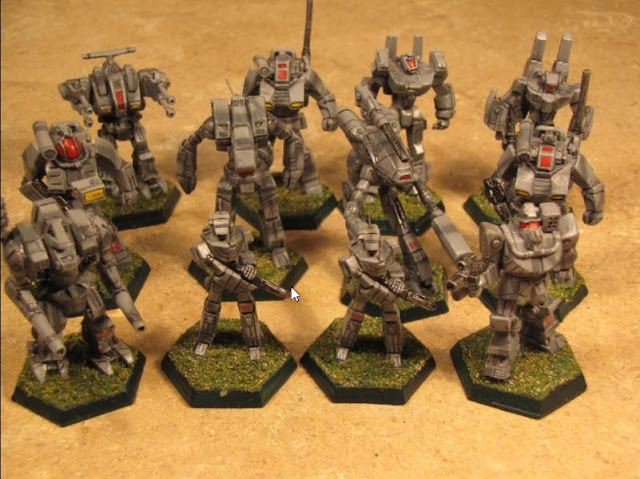 So I'm currently reading the Battletech novel Blood of Heroes, which is one of the books that focuses on the Grey Death Legion mercenaries. Going into the nitty-gritty of BattleMech combat has obviously colored some of my recent writing efforts.

As much as I love "hard" science fiction books like Frank Herbert's Dune Chronicles, my science fiction reading history  has involved a lot of franchise material, particularly related to Battletech, Star Wars and Star Trek. And especially for the two former titles, a lot of their stories were focused on combat in one form or another. Case in point, as much I enjoyed the Star Wars books in general, I was most enamored by the X-Wing series of books begun by Michael A. Stackpole and later continued by Aaron Allston. Combine these with the Battletech books (for which Stackpole also wrote a good number of) and there's a definite pattern to what I've come to enjoy.

Maybe science fiction combat should be something that I can use as a focus in my creative writing efforts. I know I enjoy it and I have a love for both big space battles and trickier ground assault scenarios that involve big giant robots. It's not enough to build a full story around, but it's something to consider for sure. After all, I do want to enjoy the whole experience so why not make sure to include scenes that are sort of indulgences for me.