0238C: Attempting to Continue the Story 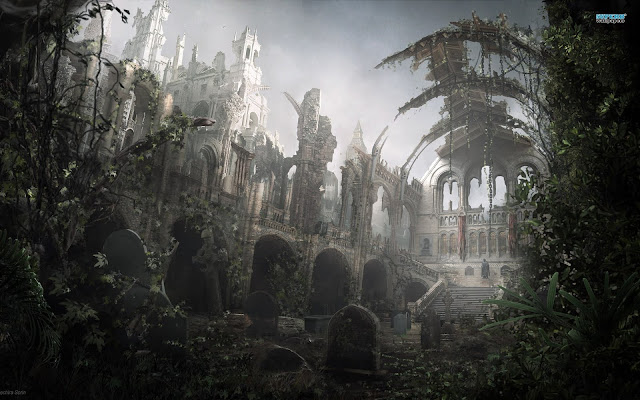 The survivors of Altus V slowly carried the news of the fall of their planet to any world that would receive them. The refugees were at a loss as to whom to reach out to for help as the identity of the invaders was never determined. An entire planet had been lost without so much as a whimper when viewed in the greater scheme of things.

Miller Brixton, a shuttle pilot that had survived the carnage on Altus V mainly because he lived well outside the city limits, had not stopped for any significant period of time since the invasion. Apart from quick stops to refuel at automated way stations, Miller had pushed the engines of the Velora as best as he could in order to escape the horrors that had consumed the planet. His ship was not meant to be a long-range flier and he had to rely on more conventional FTL engines to get anywhere instead of the near-instantaneous travel managed through the jump drives of larger vessels. But what else was there for him to do in this case? Someone should be able to help them, after all. Someone.

I time, the Velora managed to reach the remote mining colony R849G6. The facility was harvesting materials in a particularly rich asteroid field between major systems. By then Miller had gone too long on severely limited rations and a whisper of water when the spots in his eyes obscured his vision nearly to the point of blindness. The miners recognized that something was wrong with his flight pattern and deftly towed his ship in some time after Miller had passed out.

Time differentials between planets made it difficult to discuss events between systems, and that was even before factoring in the complications of faster than light travel. But as best as could be determined, it had been almost two Altusian months since the planet had fallen. The Velora had some basic scan data of some of the invaders, but nothing that could be used to clearly identify the robot invaders.

This is what you get when you write shoot-from-the-hip style. Ugh what a mess.