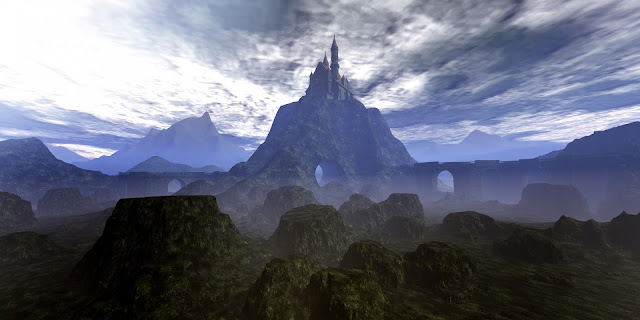 So we're back to playing Houses of the Blooded again after a bit of a while away from Shanri. And one of the stranger aspects of the game is the whole system around Season Actions that happen at the change of every Season come every few game sessions or so. From the high drama role-playing that defines this particular game, things shift to a resource production and allocation process complete wit setting production orders and upgrading your vassals and your land even.

It may not seem like something you'd find built into a role-playing game system but it's a fun little addition that provides alternate fun and yet can also provide several story prompts for your adventures. And I just really get a kick out of the whole thing for some reason.

Tonight involves a play group that isn't as familiar with the system as I, so we're still going through the learning and discovery process. Part of Tobie's practice is going through several seasons of actions to start everyone off and give them a decent base of resources moving forward.

Tomorrow we have a different game scheduled as a one-shot with a similar group of players. Sunday we're watching a play.

Side note: We decided to use the air conditioning unit in the living room for the first time given the overall heat was quite uncomfortable already. With the summer season just beginning, I do dread how hot it's going to be come mid-April to May. This will cost a pretty penny, but I am thankful that this indulge is now available.
gaming tabletop gaming