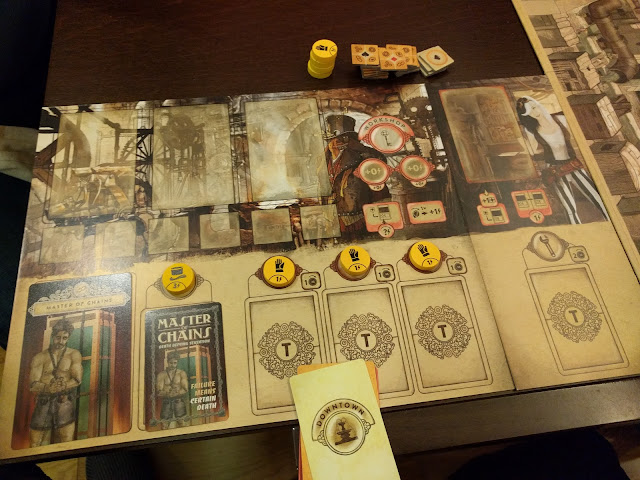 The move to BGC has had us experimenting with trying out new players in the area. Resorting to location-based apps has become an odd avenue for locating possible players but past success with Twitter sort of inspired the idea. Scheduling is still a major pain, but at least for folks who are in the BGC/Taguig/Makati areas, it's not quite as difficult to get folks to come over. Results vary of course but then we have met a few interesting people who we try to continue gaming with.

But for the most part these have been board game "encounters" as it were as that remains to be the entry point for most folks when it comes to such geekier hobbies. We're also hoping to cultivate more RPG players in line with our love for the hobby and Tobie's geeky advocacy of spreading the love of gaming to more people.

I'm wondering if we should try offering sort of open game table nights for other players outside our immediate communication circles. It's risky since it means inviting strangers into our home. Even worse, it means risking less than ideal game experiences when player styles clash or expectations are different. But then I'm sure we'll meet some interesting folks as well so it may not be the best course of action to overly err on the side of caution here.

But let's see. It's not like our gaming calendar isn't already full. Any such "open" game nights would more likely take place on a Friday night, assuming the players can brave the traffic and stay beyond midnight in order to end up with a decent enough game session.

For now we're sticking to our current screening processes and are being cautiously open to inviting new players over for board games or RPGs. I don't think we're going to become like a full on game cafe anytime soon, but we should be able to meet new fun people along the way.
gaming sietch life tabletop gaming Tobie