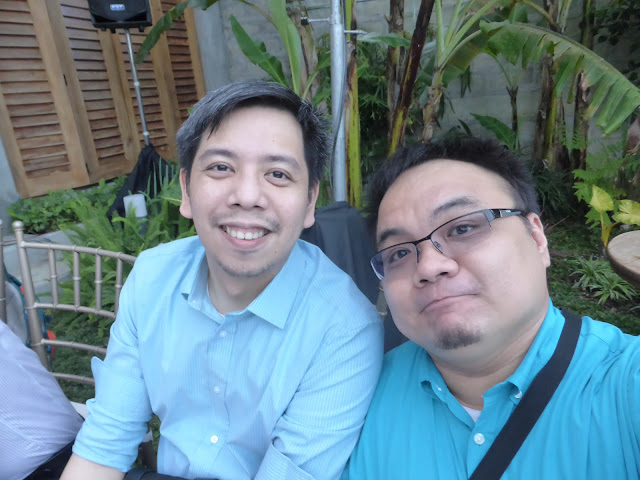 It has already been a few days, but I'm still feeling pretty happy with how the wedding turned out. And while the main event was the actual marriage between my cousin and his lovely bride, the event was quite a success for other, more personal reasons.

This was the first time that I had brought Tobie to a family event. To be fair, he was invited so it's not like some act of defiance. But what was a lot cooler was how warmly everyone received him - including trying to get him to join the photo with the "family of the groom" as the usual wedding routine goes.

Then again, it's not like I've hidden our relationship on social media or anything, so to some degree folks were pretty much familiar with who Tobie was. But what was striking was that they really made sure to make him feel included in things and  I am forever grateful for that. It may not seem like a big thing to most, but it felt pretty big to me. And Tobie was very appreciative as well.

A cup of coffee and a muffin can go a really long way.

This could be the start of a change in family events to come. It could be a one-off thing that may not happen again. But on the whole its a good thing and a step forward. And I look forward to more chances for Tobie to get to know the rest of my family better and for them to get to know him as well.
family queer life Tobie