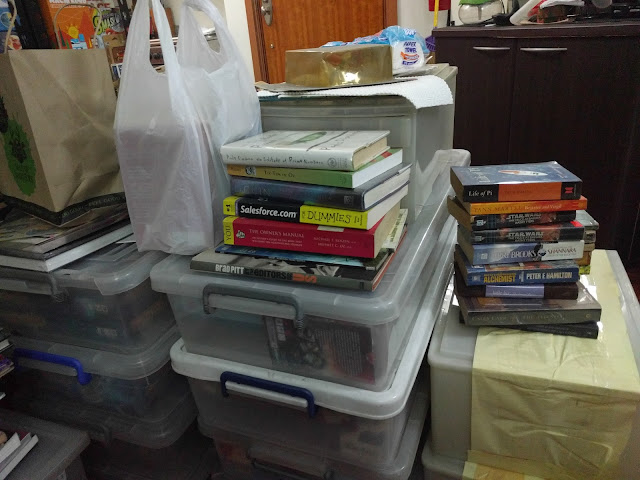 Over the course of moving things over to Sietch Vicis, we focused more on getting things hauled over rather than more detailed sorting and such. There simply wasn't enough time to do that and so the focus became to get things over and handle the sorting over on the BGC side.

With the move mostly done and shelving operations begun in earnest, I'm now finding that there are books that I either have duplicates of or no longer want to keep. And this is a rare thing for me since I'm a bit of a pack rat, especially when it comes to books. And I really don't have a strong history of letting titles go.

But the smaller place calls for a more serious look at what we have and thus we've started a Facebook album of books we hope to find new homes for. Making money isn't the goal at this point - just finding new owners will work out fine. Eventually we'll need to just find somewhere to donate the rest of the titles to, I expect, and any assistance in this regard will help greatly.
books sietch life