0235F: Catching Up With The Genius 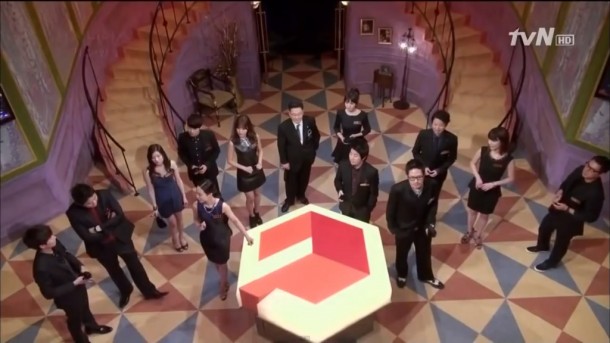 I had encountered folks mentioning The Genius on social media here and there in the past but never bothered to look into it. But then Tobie and his officemates started to get into the show and now I feel like I'm well behind in terms of catching up.

The Genius is a Korean reality game show that has players playing different games that will test their wits. The show is structured in a way that one need not be the one with the highest IQ to win. If anything it requires that you're more creative in your thinking and find clever ways to bend the rules in your favor in order to achieve victory.

Tobie got into the show mainly because they tend to use the mechanics of popular board games as the basis for some of their challenges in the show and thus it's interesting to see how people end up twisting things in their favor. The show is rather insidious in how it offers players a lot of time to strategize and broker deals and alliances and thus more of the "game" is played outside the actual game time when you really get down to it.

But since it's a Korean show, that means subtitles and thus it's not a show that I can easily leave playing in the background while I do other things since I can't exactly listen in on the dialog when my attention shifts away from the TV. But it has proven to be worth the investment of time and attention and I have been enjoying how the players leverage their own skills and unique perspectives on challenges in order to achieve victory. And I think I'll finally be able to finish the first season tonight.