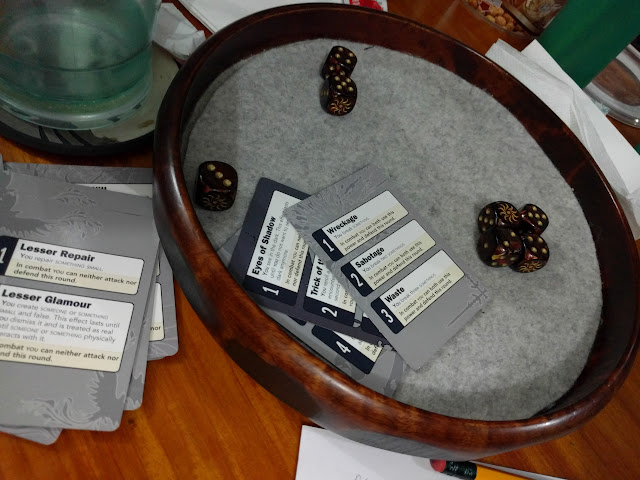 The central feature of the original Sietch in Cubao is the poker table that Tobie hauled over from his family home. It's a solid piece of construction that is older than many of the people who have played on it. And admittedly it's a pretty great option for both board games and tabletop RPG sessions.

It's also a pain to move given its size and the fact that it's largely one solid piece. It's not an IKEA-style piece of furniture that can be broken down further into other components or anything like that. And so securing transportation to move it has been a bit of a pickle. We're taking up an offer extended by a good friend but we first need to determine if her FX is big enough to handle it as well.

But that table has to move over. The Sietch isn't quite the Sietch without it since it is where all the games are inevitably going to take place. So fingers crossed for now! We're making another run to Cubao tonight to get more stuff and to take measurements of the larger items that need to move.
house hunting sietch life Tobie