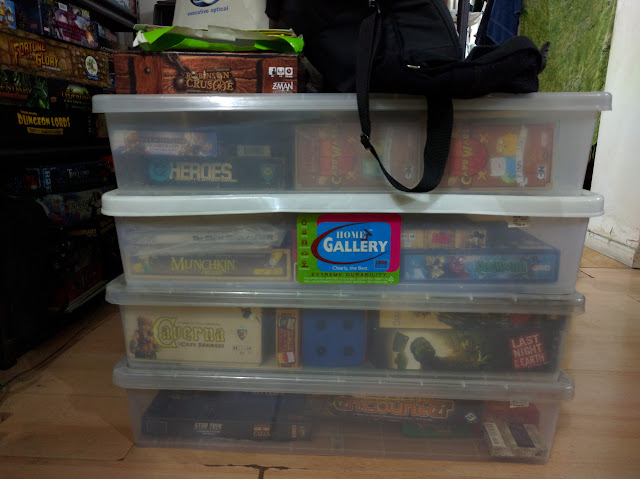 When a move becomes imminent, you realize just how much stuff you have accumulated over the years and you consider how to move forward. And given our 7+ years at the Sietch, it goes without saying that we have a LOT of shit. The bulk of our "problem" involves our combined geeky collection of Transformers, board games comics and books. Then you have all the other stuff like clothes, older pieces of furniture and all that jazz.

In terms of the place we're trying to secure in BGC, we're moving to a unit that is at least 10sqm smaller but also has less walls. The place is actually furnished and we're just negotiating with the owner what items to pull out so we can move our own stuff in instead. But such compromises also include considering what furniture to give up as well including our current bed and some of our cabinets. I don't feel too bad about the older shelving that simply can't handle the weight of the stuff it has been made to support anymore, but stilll that's shelving space we're giving up in favor of the move.

As this deal (hopefully) closes, we'll have to consider what items to keep and what to either sell or give away. To be fair, there's a LOT of stuff that we have not touched or dealt with in years, so its relative value can't be all that significant, strictly speaking. But Tobie and I are both sort of pack rats so it will take some serious consideration before we opt to let go of stuff. But the moving timeline promises to be rather tight once we get the ball rolling so we'll have to figure things out fairly quickly.