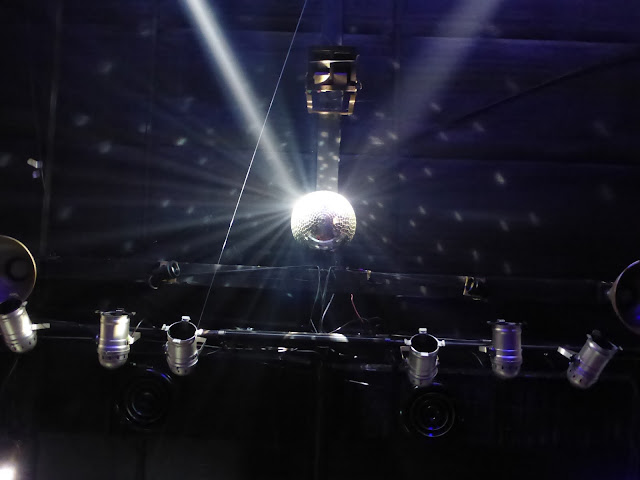 It's nearly 05:00am and I'm staring up at one of the disco balls attached to the ceiling of O Bar. Older music is playing because DJ Apolo has been with the bar since the Malate days and on an anniversary celebration night you can almost always expect to hear him play the "classics" for us older regulars. I close my eyes as I hear songs like Shining Star or even Dove playing and I dance with Tobie while my mind flashes back on my gay life thus far in full montage style.

Last night's 11th anniversary for O Bar was even crazier than expected and made better by the company of a diverse group of friends including folks we met at O Bar and friends from work or gaming circles. The night included designer outfits for the O Divas as created by some great local designers. There was a lot of drinking and a lot of old stories dug up for nostalgia's sake. There were amazing performances and an effort to commemorate the many years of the bar and the music that defined  all those years of partying and fun.

These days I often remark that O Bar is like a second home for us or that O Bar is family to us, and I totally mean it. And this all sounds funny from a guy who grew up at Bed when it was still around and didn't think much of O Bar in its early years. But as a friend told me last night "Everyone makes mistakes". And I'm glad that Tobie introduced me to our second family and there's been no turning back since.

It's "easy" to just aim to be a bar. You hire some decent DJs to play music and you get your liquor license and you figure out what vibe you're setting with your interiors. For LGBT clubs, you throw in some go-go boys with good bodies and decent dancing skills and you're kind of good. Maybe you have a stage for entertainers and there are a wide variety of drag performers out there who work freelance and are always looking for more gigs.

What O Bar has achieved is no small feat nor is it easy. There's a lot of love and dedication that goes into every night at the bar including hours of rehearsals, additional dancing classes including ballet and a lot of networking for big events like last night's anniversary. It means being open on slower days even though it may be a bit of a loss more because they always want to be able to offer a place for people to unwind and catch a show even during the week. It means knowing the stories of all your staff and offering help when unexpected incidents happen like health-related cases or other turns of misfortune. O Bar takes care of its people like a family but still sets goals and standards like a business and a performing troupe and all that factors into why they've lasted over a decade. 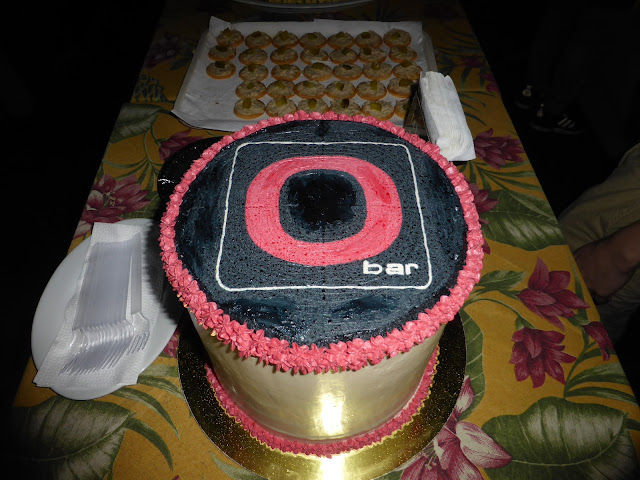 Tobie and I think about all this when we're at the bar and that plays into how we try to support the bar when we can. Instead of expecting to be able to put friends on some sort of a "guest list" like other bars, we go a bit out of our way to encourage other friends to go to the bar and see what things are like for themselves. Tobie has a long-standing effort to treat friends to their first O Bar night when he can afford it and I never stop selling others on how it's totally worth the door price. I take all these photos and I blog about the bar and I post about  our O Bar nights on social media all as little ways to support them and hopefully contribute to their longer term success. And I see a lot of other regulars who do similar things. At least that's what I see from time to time - especially for longer term "regulars" who appreciate the same nuances and intricacies to the bar that I talked about here.

When you fall in love with O Bar you want to give back and you want to help ensure that you'll always have O Bar there for you as well. And last night was a great reminder of just how much O Bar has been there for its customers and the many great memories they've helped  to facilitate creating.
inner ramblings O Bar queer life Tobie