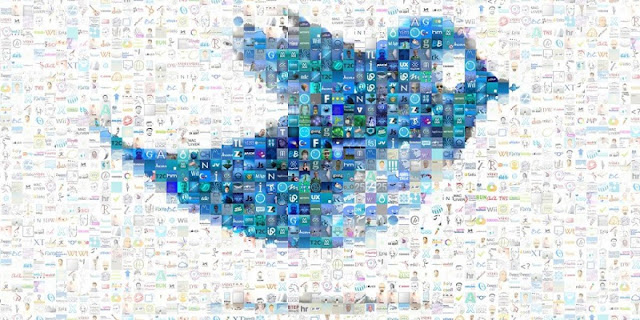 I've been dabbling with maintaining a second semi-anonymous Twitter account for more than a year now as a way of finding an output for more volatile rants and discussions and in recent months to more freely express political views without dragging my work life or my family life into the mud at the same time. This is not to say that my primary accounts haven't been public - I've generally been a big believer in social media and moving towards a more information-liberal world or something along those lines.

It has been an interesting experience and I'll admit that I seem to have made more contacts with more engaged Twitter users using that account versus this one for one reason or another. And it's not like I've been using my "alter" in the same way that a lot of folks do, which is really the Twitter equivalent of dating apps like Grindr and such. It's really been more about the anonymity and the relative freedom of expression that comes with that.

It's not all great of course. There's always that wall you end up keeping when you talk to people. I've had a lot of meaning conversations but then you're not always sure if you want to "reveal" yourself to the person just yet. And that feels oddly like being back in the closet and I'm not sure why I'd want to continue embracing that sort of an experience. I've been out and proud for many years now and there's also a sense of liberty that comes with being that open and honest. Tobie taught me that. Maybe I just need to be more genuine in my main account versus my alternate one? Maybe I need to be more conversant?

I will admit that my alter experience has reminded me of the value of actually existing on the Twitter platform as opposed to broadcasting across multiple platforms with tools like Hootsuite. I'm somewhat more thoughtful when it comes to stuff I post and share there versus the somewhat cleaner, sanitized stuff I have on my main channels. And there are quirky nuances to Twitter that don't translate well when you use a cross-platform tool.

But in the end this is all just social media nonsense right? As much as one account can feel more "real" than the other one, in the end they're both limited projections of ourselves. Our social media personalities are never fully us nor can they ever perfectly capture who we are and that's just how the cookie crumbles and all that.

Cue person asking if people are actually still on Twitter.

And there are interesting segments to the alter "world" that do keep me engaged. There's a significant number of anonymous accounts related to People Living With HIV (PLHIV) that use alter as a safe space to talk with risking revealing their identities and their HIV status to friends and family. There are a lot of sad, lonely people who hide in anonymity and just want someone to talk to without having to come out as gay, or bisexual, or PLHIV or whatever. A lot of the LGBT life is still tied to anonymity before coming out and fighting for acceptance and I can totally relate to guys like that. After all, weren't we all in their shoes before?

For now I think I'll see if I can stretch it out until the end of the year. Beyond that we'll see how things go. I doubt all of my alter contacts will be okay with shifting to my main account since there's some sort of understanding that it's easier to maintain anonymity when you're both doing it in the same way that gay guys in the closet often try to stick to fellow closeted folks or maybe "discreet" guys, which is a terrible, terrible term. We'll see how things will develop over the next few weeks.