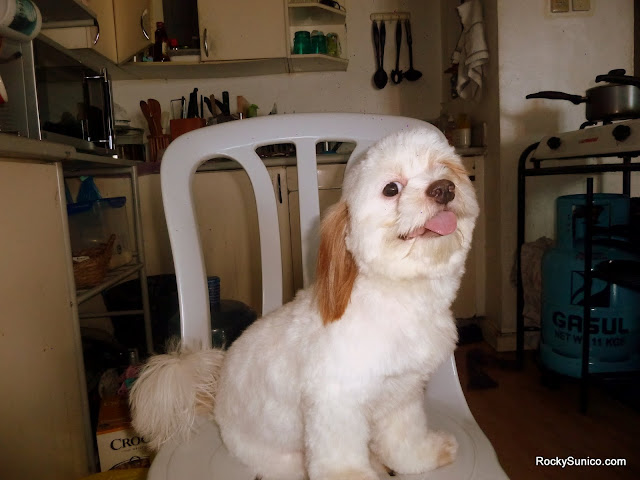 I feel a sort of pain in my chest whenever I think about Yoshi for too long. I feel that same faintness whenever I look at old photos and I remember his struggle with kidney disease for the last six months of his life. I found myself in tears again last night as I looked through old photos searching for one of Carrie.

Carrie was the last of the family golden retrievers. She was born during the year Carrie Underwood competed on American Idol and passed away yesterday afternoon. She was well over 11 years old already, so I guess it was just her time. Suddenly she was too weak to stand up and the next day she was gone. At least it was a peaceful passing.

As a family, we've always had dogs. Our grandmother maintained a wide variety of dogs at the old house but it wasn't until we moved out that golden retrievers really became a big thing in our lives. First there was Buddy, who was one of the nicest dogs ever. Unfortunately one day he was stolen from the house, probably because of how nice he is. 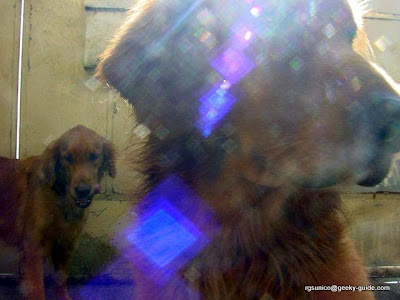 Max and Molly were brother and sister and they became a part of our family while I was still in high school. They were pretty amazing dogs and as siblings the pair featured prominently in our memories. When I eventually left home, seeing them get older and older was a notable part of my visits.

Carrie was Molly's daughter and grew up to be a little taller than her but she also looked a lot like her apart from color. Carrie inevitably became closest to our brother since he was the one still living at home for most of her life. I know her passing must be terrible for him.

I wasn't expecting this to happen this soon despite her age. I wasn't expecting this to happen in the same year that we lost Yoshi. And now I really feel the fact that he's gone and we don't even have Carrie to look forward to back home. This makes me sad all over again and I've been tearing up on and off when I think about things a little longer than I should. It's really sad.

A lot of friends and family have repeatedly said that we should just get another dog but I really don't feel ready for that. And given my rather emotional response to Carrie's passing, which is really more related to me missing Yoshi, then I really think it's not yet the time to adopt another pet. I do miss having a dog, but my heart tells me what I really miss is Yoshi. 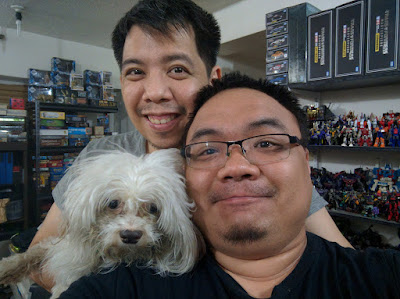 I'm kinda crying again as I write this and it just goes to show how much Yoshi was a part of our life. Not having Yoshi has left our little family unit with Tobie a little smaller. And that saddens me quite significantly.

But who knows what the future may hold. First we need to figure out a place to move to closer to work and then maybe we can firmly map out plans for a new pet. Maybe the new year will bring with it a new perspective on things and perhaps new strength to take on a new member of the family.

But I do miss Yoshi terribly. And I know that Carrie will take good care of him out there as she did become a bit of a mom in her last months, albeit to a kitten. Max and Molly will be there too even though Max can be a little aggressive with his affection while Molly may forget who he is every now and then. Buddy will just want to play.

Loving pets is always tricky since we inevitably outlive most of them. It's a lesson in love and loss and everyone goes through when you adopt a little ball of fur into your family but it's a good less and one that is certainly worth the pain. It only hurts because they managed to endear themselves to you closer than you'd expect. Such is the magic of having a pet - especially a dog.
aminals deaths family inner ramblings sietch life Tobie Yoshi