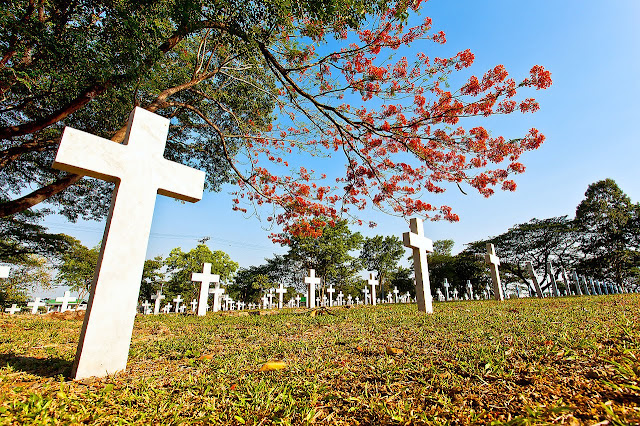 Boo on past lawmakers that never thought to clarify the language about the Libingan ng Mga Bayani and who can be buried there. The criteria was never made truly clear and thus we are in today's quandary.

Boo on the Ramos Administration for not finding a way to make the negotiated deal for the Marcos's return to the country an ironclad one with the force of law. The Memorandum of Understanding signed at the time should have been backed up by some sort of act of Congress or what have you.

Boo on the Supreme Court for sticking to the letter of the law and not taking the moral high ground to rule based on its spirit. Today's ruling may have had technical basis, but for something as historically significant as the Dictator Ferdinand Marcos, I think exceptions could have been made.

Boo on President Duterte for getting this whole LNMB burial rolling to begin with. No matter how non-partisan he claimed to be, this decision just shows that he's in bed with the worst criminals in this country's history.

And BOO on all those Marcos loyalists and apologists who have tirelessly been working on this to happen since the very day Martial Law ended.

This all seems terribly ridiculous, but at the same time it was more like a weird slow-moving trainwreck that we could all see coming but could do nothing to prevent. And it's not because things were entirely hopeless, but more than just too much had been prepared and set in motion before to lead up to today.
inner ramblings stop the presses