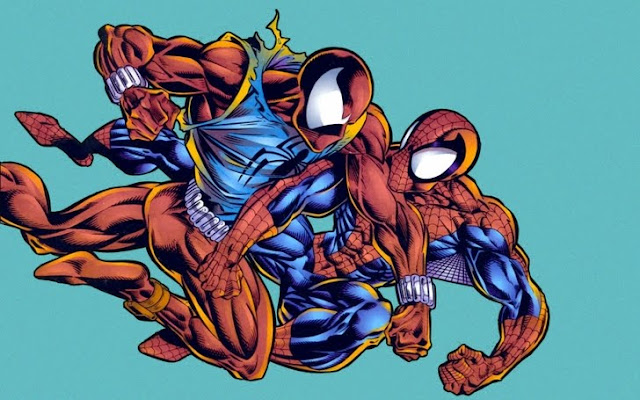 One of the best things to come out of the Clone Saga was, well, the "clone" Ben Reilly. As ridiculous as the whole story was and the fact that the big plan was to replace the Peter Parker that we had all come to know and love with a clone that was actually the original Peter Parker, Ben Reilly wasn't all that bad.

Sure, the story was naturally angled to make him more interesting. Plus it was totally cool that he innovated new ways to fight crime including the addition of impact webbing and his stinger darts as part of his bag of tricks. And yeah, the Scarlet Spider costume was both ridiculous and oddly sexy at times - the introduction of a hoodie over the usual spandex gave it this odd sense of semi-nakedness. And his butt looked great. He was designed to be somehow cool from a 90's perspective. And it kind of worked. 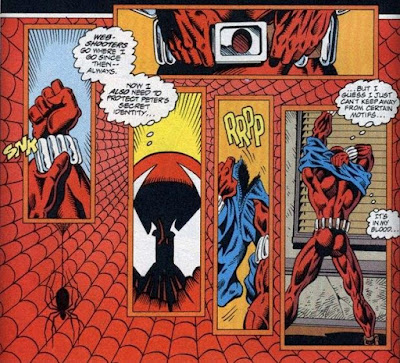 Thinking about things more critically, I think Ben Reilly was good at being inoffensive. He was a man who had long gotten over the whole "I'm a clone" scenario and was at peace with his lot in life. Throw in the fact that Peter was already unhinged and in his weird "The Spider" state of mind and things really looked a lot better for Ben being the real Spider-Man than Peter.

But pushing he whole inoffensive bit, they ended up making Ben Reilly sit things out on the bench during the weird Trial of Peter Parker sub-plot that had him switch places with an arrested Peter Parker. And so we followed Peter Parker around with him in the Scarlet Spider costume most of the time and having weird run-ins with the likes of Judas Traveller and the Jackal.

By the end of the series, Ben is poised to take over as Spider-Man as Peter Parker and Mary Jane leave town and focus on being happy together.

And then he got to be Spider-Man with a decently cool costume and weird blone hair.

And then he turned into a pile of weird genetic goo.