02280: Blogging Through the Clone Saga: What Came Before 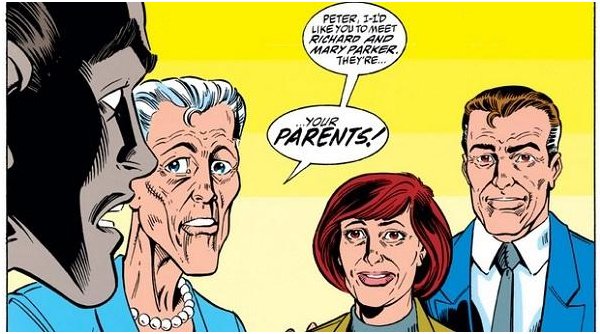 I grew up as a big Spider-Man fan and I was loyal to the franchise and its may comic book titles up until the infamous Clone Saga that broke me. I abandoned the title for many years and looked on with disappointment as more and more it was clear they didn't know what to do with the character given their goals to simplify his life given years of adventures and other bits of history in order to make the character more accessible to newer readers. They had him reveal his identity to the world and later give up his marriage to Mary Jane Watson in order to make it secret again. Terrible, terrible stories.

Recently the entire Clone Saga went up on sale on comiXology and I bought all give volumes that covered the more than two years of story that led up to the terrible end of this story arc. Sure, it was a story that bloated and became ridiculously unwieldy due to so many business factors outside the editorial team's control, thus driving the story into weird directions. But it's also a part of my youth that I wanted to face more directly - it's a story that I wanted to read in its entirety given my own collection was never quite complete as individual issues escaped my grasped and how I lacked the motivation to follow-up and find the missing issues.

I'm well into the fourth volume of the collection with just one more to go and I figured that I wanted to write about my feelings. I could have posted this over on the Geeky Guide, but for some reason this felt like something that was more personal, and thus more appropriate for this blog instead. Let's see how this goes.

The Clone Saga formally begins with Aunt May taking ill and slipping into a coma, thus prompting Peter Parker's clone, who calls himself Ben Reilly, decides to come home to New York to see him. But this was yet another trauma heaped onto Spider-Man's shoulders given the story arc right before this one that involved imposters managing to convince Peter that they're his parents to the point that he eventually revealed his identity to them. It all turned out to be some master plot by the Chameleon, who had been working together with a still-alive Harry Osborn in his Green Goblin persona.

It was actually an interesting direction to take for the comic - a series of events designed to push Peter Parker to his emotional breaking point and then subject him to even more stress. By the start of the Clone Saga itself, he had retreated into being Spider-Man instead of facing his responsibilities as Peter Parker. In his mind he had become The Spider and he was determined to lose himself in fighting crime since it was a world  where he had more control over things. He wasn't quite prepared to face his feelings over what had happened with his parents but at least he could deal with common criminals with a few punches and some webbing.

But the Clone Saga itself would be an entirely different mess of trouble beyond belief.
comics inner ramblings Spider-Man