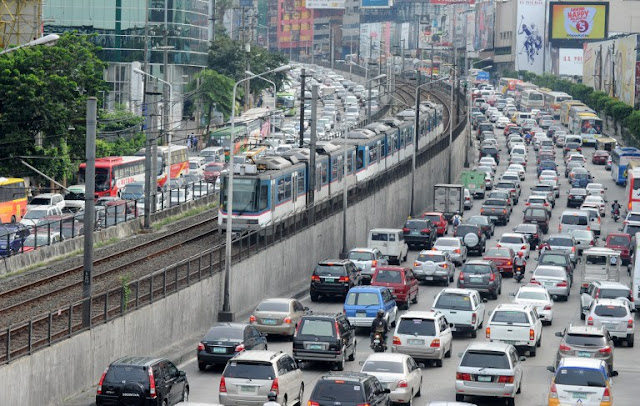 As of late, it takes anywhere between 20-30 minutes for my daily Uber to get from our condo to EDSA southbound to make our way to BGC. We're talking about a distance of about 100 meters - but since it's a side street connecting to EDSA, we all have to wait for enforcers to let us through since the priority is to keep EDSA moving as much as possible.

When I leave the Sietch around 08:00am, on most days I'll get to work in just over an hour. When I left the Sietch at around 07:00am today, it took me 80+ minutes to get to BGC. So leaving earlier made things worse while leaving later feels a little too variable. Sometimes leaving at 08:30am means arriving at BGC anywhere between 09:30am and 10:00am.

I've learned the hard way that not going to EDSA from P.Tuazon and taking Bonny Serrano is a Really Bad Idea. Last week I ended up spending over 2 hours on Bonny Serrano alone. Sometimes it's actually better route around to Liberty Avenue, return to EDSA northbound approaching our street of P.Tuazon and then taking a U-Turn slot back to EDSA southbound. Yes, going further away from you destination may sometimes be better.

What's the point of all this? Unless I leave the house before 06:00am, leaving earlier may sometimes be worse. Traffic is always going to be bad as it takes us 40 minutes to an hour to get home from BGC even at 11:00pm on week nights. So maybe it's less about changing schedules and habits and more about trying to find a way to move closer to work. I just haven't all that time to look for places to stay. And given our budget, I know I'll need to be more than a little creative in running the numbers.
house hunting inner ramblings sietch life work