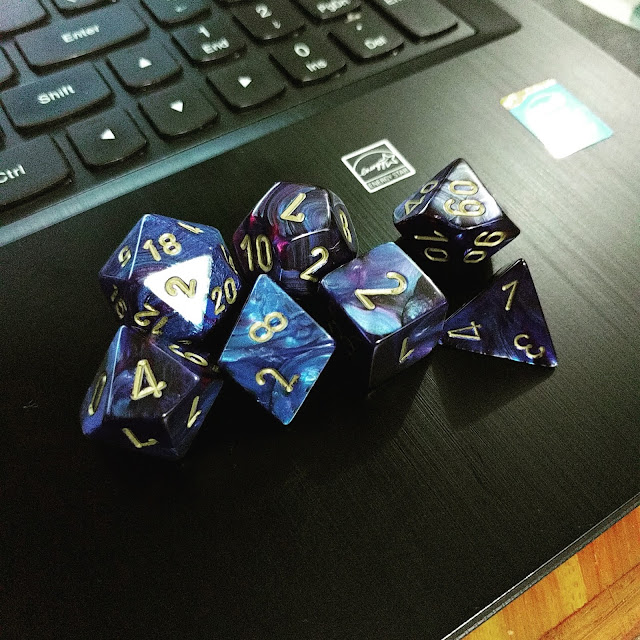 We just finished the final game session for our on-going Lamentations of the Flame Princess game as run by BJ. Thus this was one of the rare games where, (1) Tobie and I were both players together and (2) the game chronicle actually reached its end. A lot of long-running games never reach an actual ending in their stories when schedules change and all that jazz, so it was a bit of a rarity that we achieved so many goals today. And it was quite the game.

On the flip side we also had another session for Legends of the Wulin last night, another game that is approaching the end of its story arc. At the end of the session the group was talking about how much longer we wanted things to go and what we'd be doing by next year.

The tricky thing about the fourth quarter of the year is that it often feels like this is where a lot of games end up "dying". The inevitable holiday break is always a major barrier to game schedules and a lot times it becomes oddly difficult to bring games back to life come the new year. Thus in our experience we do our best to have games reach a decent "chapter ending" of sorts if a full chronicle ending isn't possible to make sure that the game ends on a decent note in case the group decides to play something else next year.

We'll see what the next few months will bring. It'll be fun, but I know it'll also be a little frustrating as scheduling becomes more and more complicated.
gaming sietch life tabletop gaming