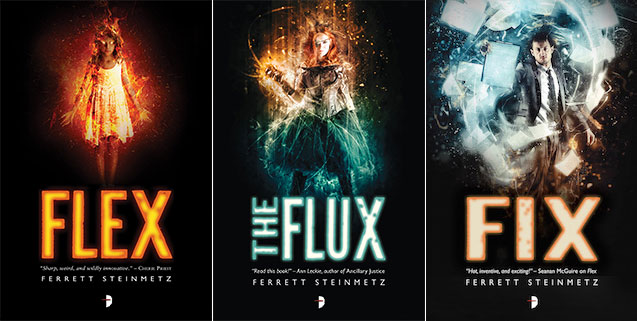 I've been making an effort to allocate more time to reading as I ease back on the mobile gaming. Pokemon Go has already begun to tire me and I think I have my Township efforts throttled back a bit to a point where I can still participate in events but still have life. You know how it is.

My reading queue is complex since it's a mix of older book franchises that I want to read, new titles I'm interested in, and a mix of books for review. So while I juggle books from the classic Battletech series and The Dresden Files, I've just gotten started on the 'Mancer series of books by Ferrett Steinmetz thanks to Angry Robot Books.

The core concept driving the books is a world were people's passions and obsessions could lead to unlocking magic unique to them. Thus you have people super into video games who are able to summon item from games and thus many someone super into stamp collecting you maybe summon...stamps? But hey, you get the general idea.

It's just really fun to think about since the books celebrate geekery - to the point that it means people more likely to have access to magic are said geeks. And it's not just your stereotypical notion of geekery but really anything that people can really generate an interest in even form fandoms around them. And that's some powerful stuff.