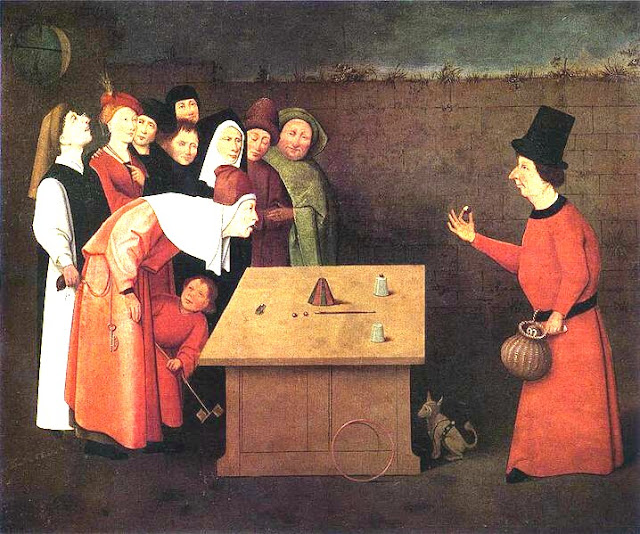 As a kid, I spent my fair share of time wanting to learn how to do magic. And the many books that my mom bought for me taught me about Magician's Choice early on. The basic principle here is that the audience or the volunteer does not actually have a choice - the magician games the system.

And the same principle is often applied in different situations, not just during magic shows. It is a classic leadership strategy to try and limit choices to the ones that benefit you. Or you create an environment that helps lead people to think in the way that you want them to. Thus statements released to the media are often considered to be important tools of statecraft specifically for shaping public opinion and things of that nature.

The question we should always ask ourselves is this: are we in the audience or are we part of the trick?
inner ramblings