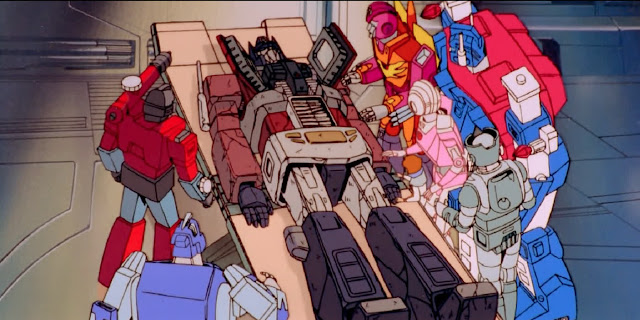 Today marks the 30th anniversary of Transformers: the Movie, which for the longest time was the only Transformers movie out there. It was also a commercial failure and it pretty much traumatized an entire generation of Transformers fans.

And it was glorious.

There's a new Blu-Ray edition of the movie that has been released in time with this anniversary that includes the remastered film and other bonuses. I'm bound to get a copy but I'm undecided if I want to bother with the steel case or not. But yeah, it's definitely a piece of Transformers history that I want to be a part of my life and our collection.

Goodbye again, Optimus Prime. We're not going to get tired of killing you for some reason.
inner ramblings moving pictures Transformers