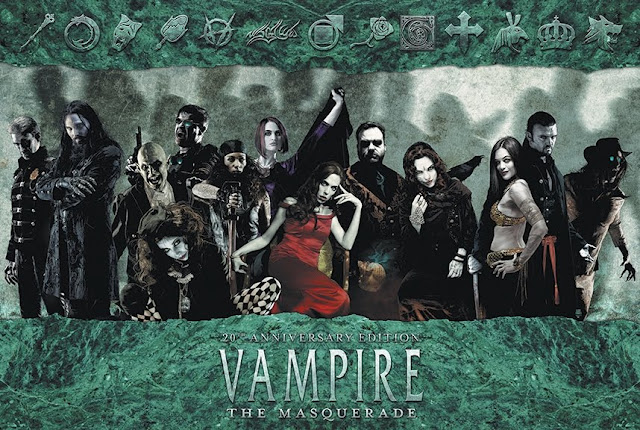 We're starting a new Vampire campaign this weekend using the 20th anniversary system released a little while back. I'm both excited and nervous about this since I've yet to participate in a Vampire that has made it to a decent ending. My very first RPG character is still bleeding in the backseat of some limo while my first Vampire is wandering Europe in search of a Cathedral of Flesh. My last Vampire enforcer is still probably suffering from amnesia hiding a Dark Secret. Fun times.

This time around it looks like I'm going to be a Toreador, in particular a painter who now uses blood as a medium. I get to be a somewhat older vampire compared to the rest of the group, which is both a good and a bad thing. While it potentially gives me more access to stronger powers, it also means I'm subject to greater threats and possibly more likely to be ensnared into more complicated schemes.

In other words, there's a lot of good potential for story.

I have pretty high hopes for this game. Here's to hoping we all have a lot of fun!
gaming tabletop gaming