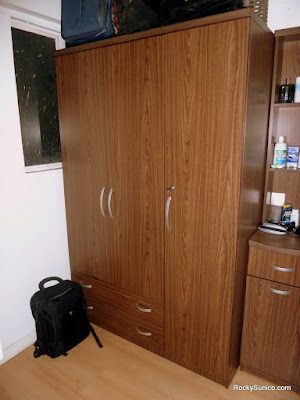 When it comes to geekier items of interest, I have little hesitation to get to a purchasing decision. I've repeatedly woken up early on a Saturday to line up for new Transformers and I end up putting the amount due on my credit card via installment. I'm even on the brink of ordering rarer cards for our Legendary Marvel game because they're so hard to find otherwise.

But at this point I realize that there are a number of more mundane purchases that I need to make. And it always seems to take so much effort to get around to buying things like clothes and such because I want to buy more geeky stuff. Heck, I am actually a person who doesn't mind receiving clothes as a gift because I could always use a new shirt or two.

But yeah, an assessment of my current needs has revealed the following:

1.) I need new shoes after another pair finally gave way despite prior repair attempts. I tend to get sneakers and other comfier shoes these days since work isn't so corporate and my feet are thankful for that. But I only really have one pair for work, one pair for gimmicks and a pair of Chucks that I don't wear all that often anymore. And I have some sandals that are starting to look more than a little worse for wear.

2.) I could probably use a new pair of glasses. I don't think that my grade has changed too drastically since I don't experience additional discomfort while reading or watching TV. However the frames are already several years old and the chrome is really showing in different parts of the frames, especially for the bridge piece right above my nose. So yeah it's rather noticeable.

3.) I'm down to one pair of walking shorts, which is terrible in a tropical country. Jeans are comfy enough but I do prefer to wear shorts for more casual excursions. And if I keep wearing this one pair over and over, I'll work through it that much faster.

4.) Jeans are another thing. At least I have built up a good number of pairs by now. But I've also had to throw out a few recently given repeat holes despite efforts to repair and patch them already. And I've promised Tobie that I'd only try to get jeans repaired once per pair. Beyond that it does feel more prudent to consider getting new pants.

5.) And I think we could use new bedsheets. Or maybe a new bed, haha. But at the very least we're overdue for retiring certain sheets and getting some new sets for the bedroom. But yeah.

Getting all these things at once will be a little painful, but we should get around to it sooner or later. And my blogging all this is really more for me than for people who will read this. I need to address these things before another wave of new Transformers come out.
finances inner ramblings sietch life