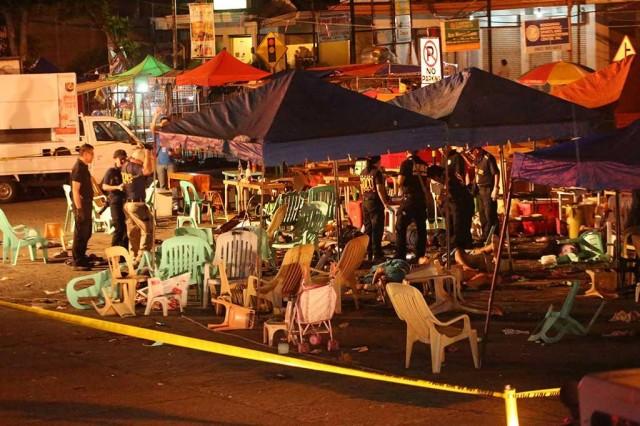 Tragedy struck Davao last night when some sort of an explosion struck a night market in Davao City with at least 10-12 dead and scores injured. Police are still investigating the matter but early talk either points to terrorism related to the government's recent increased military activity against the Abu Sayyaf or related to the government's on-going war on drugs. Or it could have been an accidental explosion of an LPG tank. The investigation is in its early stages so nothing is certain at this point.

Early today President Duterte declared a "state of lawless violence" in the country, which does not have any specific triggers like with a state of calamity, but it is a reference to a description in the duty of the President and various LGU roles like for Mayors that they are charged to direct armed forces to suppress lawless violence. So it's basically a declaration of them identifying a problem and doing their jobs to address the lawless state with no special powers or no suspension of the writ of habeas corpus. How the government has interpreted this state is the right to have more police checkpoints all over the country in an attempt to crack down on potential lawless elements.

There is no question that this incident is significantly tragic and the country mourns the deaths of all those caught in the blast and those still struggling to stay alive given their injuries. Death is death and there should be no political tones to viewing these deaths in themselves. People died and this is a very bad thing no matter how you look at it.

What is troubling is considering what the possible motivations could be for this incident. The Martial Law years taught us many things about being suspicious about any incident of this nature and thus Wag the Dog / Swordfish style thinking has us looking at the government as a possible suspect in all this along with the terror groups and the drug lords. We're in a time when things increasingly feel like a Martial Law state all but in name because of the violent actions being taken against suspects of crimes connected to the drug trade and the repeated reminders from the government that we're under constant threat from drugs and those who support the industry. So it's not too much of a stretch of the imagination that this is all part of some larger plot to continue to build a case that the country is under constant threat and the President needs to exercise all legal powers at his disposal to return things to order.

For now, we mourn but we should also remain vigilant. I suspect things are going to move rather quickly over the next week as the police investigation into the blast continues and blame is assigned regardless of burden of proof.
inner ramblings stop the presses