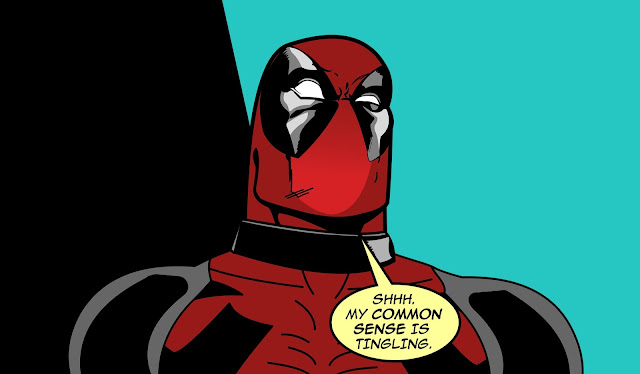 First, this is not a post about insulting people based on their perceived level of intelligence. We're not going there and it's not even worth thinking about. Stop wasting your time on pointless exercises like that. It's not good for your soul or whatever.

Now a lot of folks argue that things like fighting for the human rights of suspected criminals doesn't make sense and thus killing suspects is a good thing since you save countless lives that they could have harmed had they been allowed to live. It's a statement that is wrong in the eyes of the law, but perhaps agrees with "common sense" with the assumption that the cops only catch bad people so if the cops come after you, then you must be guilty of something, right? And the President only has the best intentions for the country and he would never say anything he didn't mean. Well, unless he was joking.

In theses examples, a lot of "common sense" conclusions rely on certain assumptions to be made. And these assumptions follow the sort of thing that you'd claim "everybody knows" or the sort of anecdotes where "you know what they say" even though we never truly define who "they" are. But empirical evidence is never quite as important or meaningful as what is said to be conventional wisdom. After all, you don't know who came up with those supposed facts and figures. You don't know who wrote those books. But you do know a neighbor who said he knows a guy who saw something and that feels a lot more real than something in a dusty book.

Such "common sense thinking" isn't quite as bad when it's just day-to-day stuff that you hear from a neighbor or the old man at the corner. It's another thing entirely when it involves key public figures who make decisions that affect a heck of a lot of other people.
inner ramblings