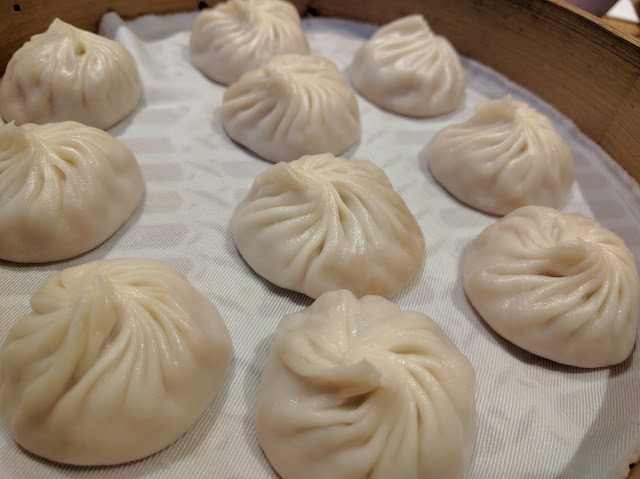 While almost every weekend involves one or another gaming schedule, today has been pretty chill. Sure, we also gamed all night playing through another exciting session of Legends of the Wulin, but today has been a little lighter. We woke up in time to get over to SM Megamall since I was buying a Transformers boxset out of the back of someone's car (I just wanted to say that) and then we took advantage of another chance to eat at Din Tai Fung since we love their dimsum so much.

I may have also played more Pokémon Go while walking around the mall. Hey, playing this kind of scratches the same itch that apps like Tinder does, right? Except you feel like you win more with Pokémon Go.

I swear, we hardly ever order rice at Din Tai Fung. We normally order an assortment of dimsum and a bowl off their beef noodle soup and then we're pretty set. I still feel pretty full now, although it is getting late and we're bound to eat soon. After SM we just returned to the Sietch to finish up the second season of Grace and Frankie on Netlflix and it was quite the glorious way to end the season. We have really gotten into this show for so many reasons.

We do have some game plans for the evening and we have to get over to BGC in a bit. But in the meantime I'm going to relish the last feelings of laziness and comfort before we head out.
food adventures gaming sietch life tabletop gaming Tobie