0224D: The President is Not Above the Law 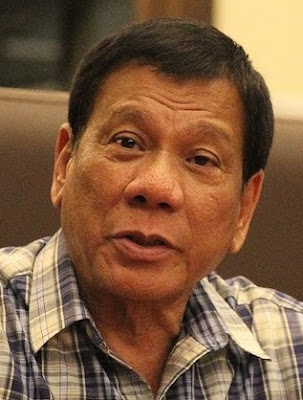 The biggest problem I have with news related to President Duterte as of late is the fact that despite his past as a lawyer and his campaign platform related to peace and order, he mostly dedicated his time to flaunting the law and disregarding the rights of suspected criminals. And when people criticize his views or his statements, the immediate defense tends to fall along the lines of contesting that any lack of support of the President means supporting criminality, drugs or whatever else he's complaining about for the day.

More so his recent attack pattern involves accusing people of being tied the drug trade during speeches and other statements released to the media as a pretense to begin filing cases or start investigations. Instead of presenting evidence, he merely states that he has good sources and takes his arguments to the court of public opinion and not a court of law. Tell me how this is supposed to show he respects the law?

And while our legal system is hardly the most efficient in the world, it doesn't mean you get to circumvent it or step around it for the sake of convenience. People complained about this when PNoy tried to rush cases past the Supreme Court when they involved his political rivals and we're seeing Durterte do the same thing over and over again. If the 1970's had the threat of communism as something to fear and vilify in the press, now we have the threat of being connected to the drug trade where the assumption is that your guilty if the President says so. People are merely demanded to appear before authorities and defend themselves without a warrant of arrest or before evidence is presented before a judge. And all that is just wrong.

Yes, drugs need to be controlled somehow. Yes, crime needs to be stopped. Yes, graft and corruption is wrong. However we have a legal system in place in order to ensure that any innocent people who get lumped in with the criminals get the right to defend themselves and to have someone hear their side out instead of assuming they're guilty based on hearsay or circumstantial evidence. Respect for the law isn't about putting suspected criminals to death but bringing them to justice to face the courts and be held accountable for their crimes.

Yes this country needs change, but the change we need should not have to involve giving up on the law or the present legal framework.
inner ramblings stop the presses