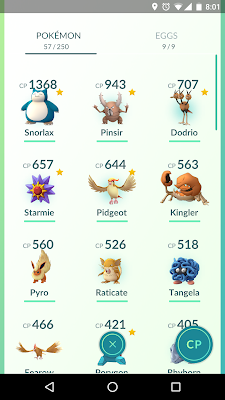 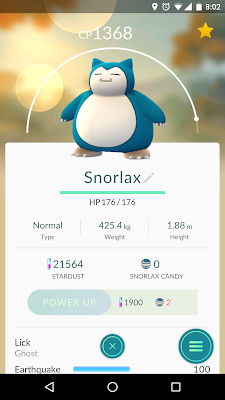 So yeah, I eventually gave in and installed Pokémon Go and it's been an interesting journey since Friday morning when I started. With my trust Pikachu at my side we've explored the areas of the city tied to my routine such as the office at BGC or around the Sietch in Cubao and we've caught way too many Pidgeys and Rattatas. But all those silly normal type Pokémon have helped me get my character to Level 15 in a matter of days, which is apparently a thing since I've already gotten past some of the longer term players at the office. 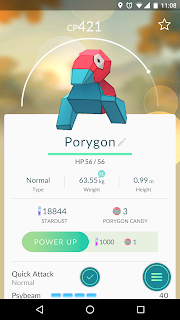 I think the only notable Pokémon that I actually managed to "catch" was this Porygon that appeared at random near the Sietch over the weekend, and that was it. But my strongest Pokémon now is a lucky Snorlax that I managed to hatch from a 10km egg, which was pretty awesome. I've used up all of the default candy that came with his hatching and he's now a pretty respectable fighter should I decide to take on a gym.

Then again, I wouldn't mind waiting to catch more Pokémon, gain a few more levels and really push my characters. I've reached the trainable limit for my Pinsir and I've only just evolved my first Eevee and I'm not happy with the relative levels. But it's only been three days so things will pick up in time. And there's only so much time to play as there's still all the fun real-life stuff to deal with like work and household chores and of course the more involved tabletop gaming.

We gotta talk about yesterdays awesome double finale another time. But man it was super awesome.
gaming