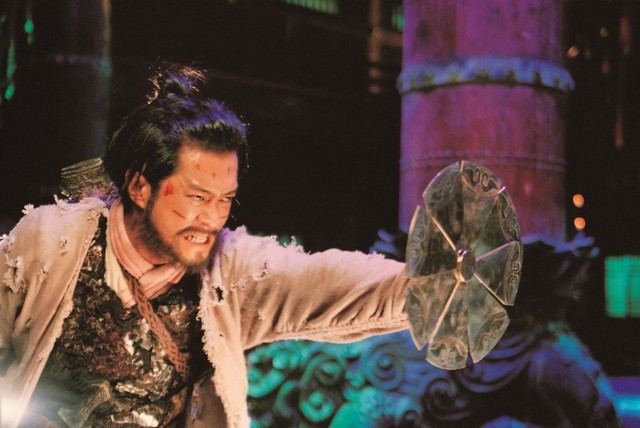 So we have another session for our on-going modern Legends of the Wulin game last night and it was quite a lot of fun. I had given up my initial gangster character idea when we finally sat down for character creation and ended up with a priest who has the potential to become a "ghost hunter" should our story take a supernatural turn. For now we're dealing more with a rival kung-fu master who has returned and it's not clear yet just how strong he is. But given Tobie has been using images from Big Trouble in Little China to show who the big bad guy is, I'm a little worried.

But my character isn't a pushover, at least. The kung-fu styles that I selected for him are working out pretty well, although I'm feeling the pain of the high chi cost requirements to continually utilize my abilities to the fullest. But for the most part, it does result in some pretty awesome moments of Wuxia action, which is why we're playing this game to begin with. I just wish that my dice would cooperate more. I had some pretty lame rolls that didn't give me more than one set per turn.

Today was happy and productive. We were early not to have any trouble at the Transformers Titans Return releasing event and I got all the figures that I hoped to get. We then had an awesome brunch at Din Tai Fung. Then we picked up a few more LEGO Dimensions packs and got some work errands done as well. The afternoon at home was all about catching up on We Bare Bears and Steven Universe before Tobie finally had to get some sleep after staying up all night.