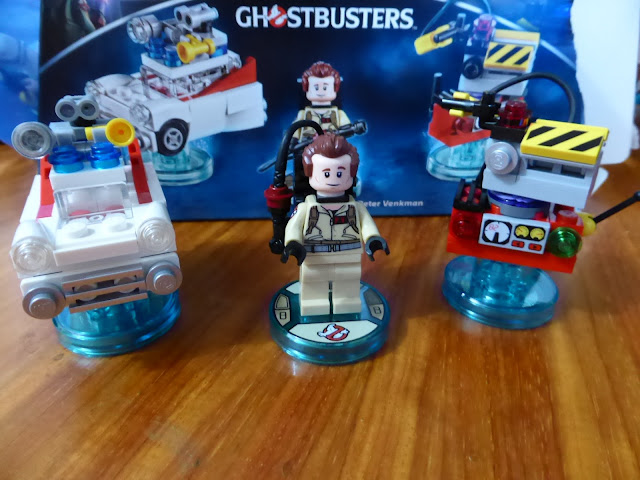 I'm really excited about the new stuff promised for LEGO Dimensions Year Two. The game is also rather gonzo in terms of the franchise properties brought into the game, Year Two not only adds more franchise content but a lot of exciting new gameplay options. And every time I end up viewing more YouTube videos about promised stuff and other tidbits from conferences like E3, then I know that more and more of my money is going to go into this game.

But hey, franchise diversity is the key strength of the game and something that not even Disney Infinity could keep up with despite owning so much of our childhood's more beloved IPs. They're even pushing it as a tagline of sorts for the game stressing "Build It, Mash It, Solve It" where mash it refers to the mashing-up of different franchise IPs to create crazy scenarios like the Doctor of Doctor Who fame working with Scooby-Doo to solve a mystery using Wonder Woman's Invisible Jet or something. Fun times.

I barely have time to play games on our PS3 as it is, but LEGO Dimensions tends to get most of that play time. And I have no regrets.

And Tobie got me a few more sets for my birthday! I may end up buying most if not all of the Year One figures at the rate I'm going. Oh poor wallet.
console gaming gaming LEGO sietch life