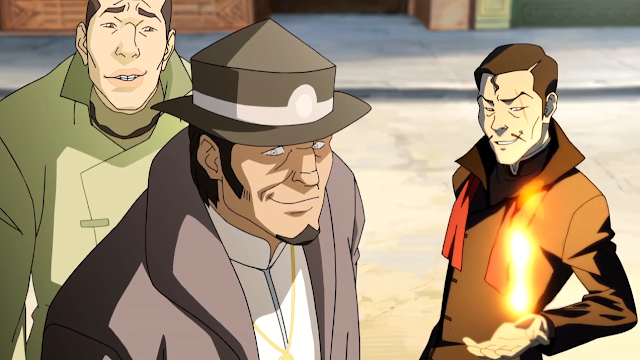 With the end of our long-running Orpheus game that took more than a year and truth be told two distinct gaming groups, we're back at that fine and exciting period of starting a new game. We already spent time after the end of our last Orpheus run to determine what system to run and we've decided to return to the Wuxia Action System Legends of the Wulin this time around. The only twist is that we're going to try for a more modern setting for the game, so part of me feels like it's going to feel a little like The Legend of Korra or something. After all, the system does support some rather creative uses of chi, although not quite as crazy as things were in the first game, Weapons of the Gods.

I'm considering building a Warrior sort of character, which is why I'm contemplating to be some sort of a minor gang leader or lieutenant as my character concept. We're still aiming to have a heroic character arc, so that means that even if I start out as a guy on the wrong side of the law, I still plan to help fight the big bad that will come our way or something. We're tossing around some pretty diverse character ideas at this point so it'll be interesting to see how we might come together for the sake of the plot or whatever.

But the gang member does feel  like the right goal since it's a logical reason for a true "warrior" to remain active apart from law enforcement or martial arts as a sport. The other ideas didn't seem too appealing to me since I have been a detective before and the sport piece feels weird. I may change my mind by the time we actually begin character creation but this is what's kind of appealing to me for now.

But man, I really need to brush up on my system knowledge. We didn't get to play this game too long before and it's not like the Wuxia Action System has even been all that simple to learn.
gaming tabletop gaming