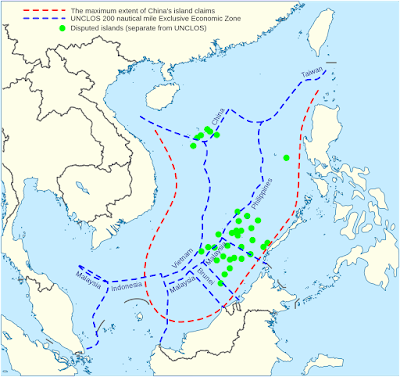 So the Permanent Court of Arbitration Tribunal has finally released its ruling in the case of the Philippines vs China with respect to the territorial claims related to the West Philippine Sea / South China Sea and has ruled in favor of the Philippines. The unanimous ruling definitely sounds like good news and a lot of folks have taken to social media to celebrate.

But one cannot ignore the fact that the Tribunal does not have a clear mechanism to enforce the ruling and thus China continues to reiterate that they neither agree nor even recognize the ruling in itself. They have insisted on the need for bilateral talks between the two countries and it seems this administration is pretty open to resuming those talks, which feels like a plan that further reduces the potential value of the ruling as well.

Even if we go back to the negotiating table with the ruling in hand, it means nothing since (1) China doesn't recognize it and (2) China will still have way more leverage in bilateral talks with a weaker country like ours. And while the US has publicly supported the arbitration case, it is unlikely they will firmly take our side when we go back to China to ask them to leave the disputed areas. Not even the ASEAN can come together to release a statement in support of the need to seek arbitration when it comes to such maritime disputes as a few member countries appear wary of China reprisals as based on their actions thus far.

What's next? Unless the government tries to shop around to find organizations that will recognize the ruling and work with us to counter China, I expect we will end up right back where we started negotiating with China one-on-one once again. Huzzah.
inner ramblings stop the presses