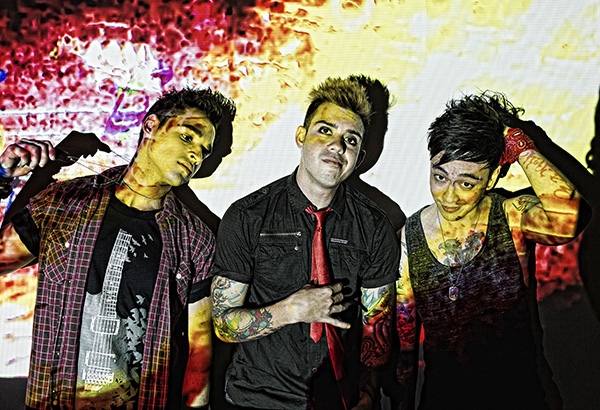 So we just got back from dinner after watching the local staging of American Idiot at the ridiculous (Globe) Bonifacio High Street Amphitheater. The production itself was pretty good with a lot of memorable moments all throughout. The downside was the venue itself considering we all paid P2,000+ to sit awkwardly on somewhat padded seats with little to no room between seats, thus we all got to know our seatmates very well. The 90+ minute production had no intermission and so by the end of the show it was hard to want to rock out given our butts were asleep and our legs were already quite painful from awkward sitting.

It's sad when the venue distracts you from the show. We have similar feelings about balcony seats at The Theatre at Solaire. And that's a much more expensive venue which disappointed us in the last mile, so to speak. The decision to host the show at the open air amphitheater was a weird effort to make it feel like a concert maybe, but instead standing in a most pit we were sitting painfully in bad seats. Worse, close-ups of the show were being broadcast on two large LCD displays outside the event, thus passers-by could decide to sit around the event location and watch the show for free. That would even allow them to take photos of the production and eat whatever they want as compared to the stringent rules of the practically make-shift venue.

Dinner was just okay since our options were limited given the show finished close to 10:00pm. We ended up at TGI Friday's for the classic Bistro restaurant order of the chicken caesar salad and splitting a 2-piece pork chop order. It cost way too much, but it was sort of worth it at the time given it was only our second meal of the day.