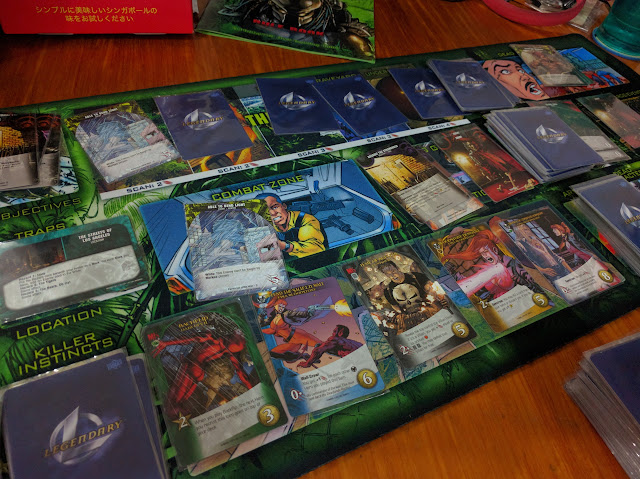 We're quite heavily invested in Upper Deck's Legendary Deckbuiling game, which is pretty much becoming a massive celebration of different franchises. It started with just Marvel Comics and the line now includes both Aliens and Predator franchises with the likes of Firefly and Big Trouble in Little China coming up very soon. They've played it very smart by creating a system that is fully compatible with all other games in the line, thus you can have the X-Men trying to take on the Alien Queen or Predators trying to hunt down different Marvel villains.

I think we totally underestimated the base Marvel game when it first game out and we only get invested by the time Legendary Encounters came out as it was focused on the Alien franchise. Thus the system demonstrated the ability to handle both random encounters and very plot-driven scenarios that followed the original movies. Mixing and matching the two ideas results in some pretty diverse gameplay options and a lot of crazy match-ups. 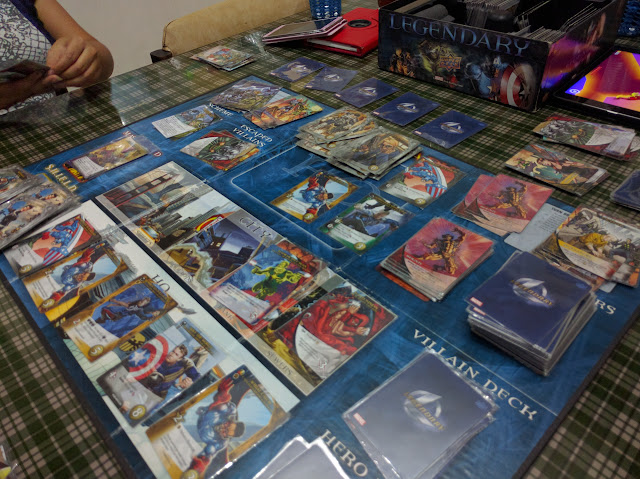 To-date, we own all the different games in the series outside the promotional stuff released at conventions. Keeping up with the game is a bit of a challenge when it comes to storage and to finding enough plastic sleeves of the same type to keep all the cards covered. My last trip to Singapore did not involve me buying a lot of different games but I did pick up a ridiculous amount of plastic sleeves to keep our collection covered.

Legendary was my main companion while Tobie was away and we'll totally play more games now that he's back. We often joke that the game is like our version of mahjong as it's rare that we'll play only one round of the game at any given time. More often than not we play several sessions as we use different randomizer apps to mix and match sets and come up with new game scenarios and challenges for us. And so far, it has't stopped being fun.
gaming tabletop gaming