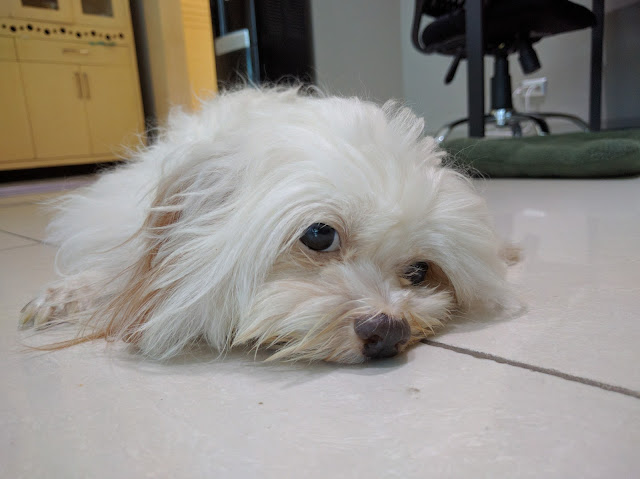 One of the big factors that went into quitting my job last year was the opportunity to work with Yoshi by my side. And over the 10-11 months of going to BGC or work with Yoshi in tow, he naturally became a big part of my daily routine. Now that he's gone, my schedule seems a little lop-sided - that things aren't completely right. And that's only natural, especially given how much I find comfort in patterns and cycles.

I longer have his carrier in tow with me as I commute to BGC all the way from Cubao. I'm no longer taking him for his morning walk even before I go up to the office. I don't have his morning meal to prepare and his daily medications to consider. I still find myself stopping work at around 05:00pm since it would be time for Yoshi's 2nd walk and then I'd prepare his dinner. In fact, we used to take mid-day walks when I'd be feeling stressed and in need of a break from my computer. And my day would end with having Yoshi literally jump back into his carrier so we could make our way home either with Tobie or by taking an Uber.

I feel less sad now and I think that's shifting into feelings of happy nostalgia when I talk to others about all the fun things we remember about Yoshi. We talk about his quirky personality, how he'd express his displeasure with odd snorting sounds and the weird scrambling running sounds he'd make before actually moving. 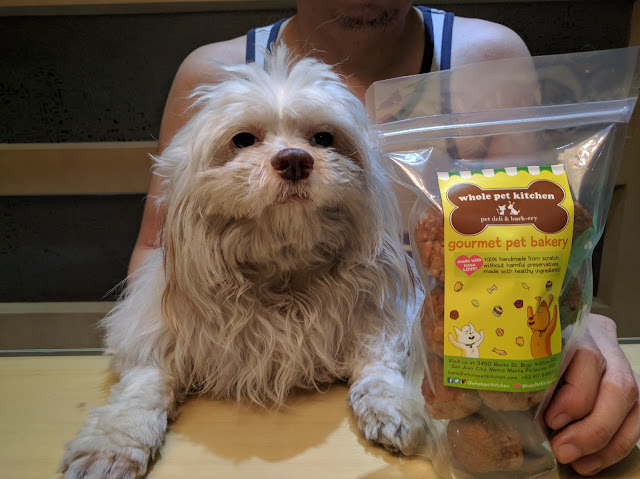 A lot of folks including officemates mention the same voids I feel in my day-to-day like how everyone misses hearing him run to the door whenever there's a delivery and barking until we see who it is. People miss how Yoshi would start stalking them whenever they'd happen to be carrying a banana. We all still find ourselves turning around to check if Yoshi is under a chair before moving or if Yoshi is watching you while you're preparing a meal in the kitchen.

Yoshi was like this white shadow that would stick pretty closely to you. Despite all the people at home especially during game nights or all the folks here at the office, it would feel like Yoshi was following you alone to just about everyone. And that's pretty sad to think about since he's no longer here.
aminals deaths sietch life work Yoshi