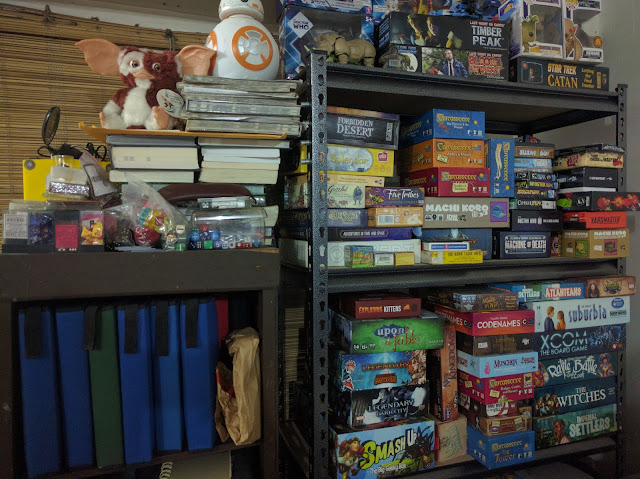 With all the shifts in our gaming calendar and some groups being in a state of flux, we have a fair amount of free time on the calendar again. And in order to make the most of things, I've been trying a few "cattle call" style shout-outs to try and get more folks to try board games and perhaps eventually try tabletop RPGs. I'm sure I wrote about efforts to cultivate new gamers through such efforts previously.

In particular I've been reaching out to queer social circles on Twitter in an effort to try and tap a segment that is obviously close to my heart but is also not typically known for gaming but is naturally inclined to it. I mean seriously, yes gaming is for everyone, but when you think of the LGBT community more people just assume we all go clubbing or have risky sex or something. And while its nice to think that stereotypes don't come into play in the gaming work, privilege is a nasty creature at times.

Now don't get me wrong - I'm not under any sort of illusion that we're "creating" new gamers or anything. This more about connecting with them and introducing them to other board games or other systems. It also helps introduce old players back into the hobby and getting them to attend the bigger RPG events and other activities. And it's nice to see a few of the folks that we seemingly randomly invited to play board games some time ago are now regular participants in public gaming events and regular players in some of our game groups.

We geeks need to find one another and support one another. And there's an interesting intersection between the gay community and the geek community that we continue to explore.
gaming inner ramblings queer life sietch life tabletop gaming