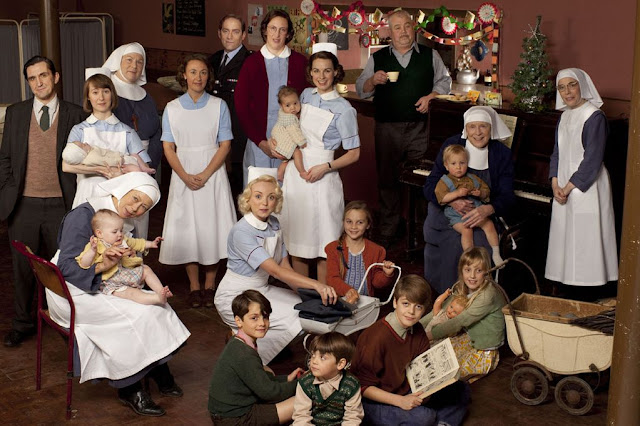 Given the few days we remained at home right before and after Yoshi's passing, we had gone back to watching Call the Midwife, which is a brilliant little BBC drama that we've come to appreciate greatly. Initially we looked into the show because Miranda Hart left her sitcom Miranda in favor of her commitments to this show. And while it's not exactly comedic fare, it also overly heavy or serious, as seems to be the way or many British dramas.

The show tackles a lot of different issues all around pregnancy, women's bodies, and other things. Plus it's a quaint little slice of life view of how things were in the 1950s with all of its post-war trauma and other matters. It's amazing how the writers have managed to craft each episode to introduce the stories of the various mothers along with the individual struggles of the members of Nonnatus House as well.

The whole thing is sporadically narrated by an older version of one of the characters and her thoughts are often so well-written to the point of being poetic. And as is the way of things, tales of new life are often juxtaposed with tales of life ending and such complex thoughts often resonate with our thoughts about Yoshi.

I really ought to take some time to write reviews for the various seasons of this show.

After we wrap up with Season 3, I think we'll take a break and re-watch the original Zoolander. Just because.
inner ramblings moving pictures sietch life television Yoshi