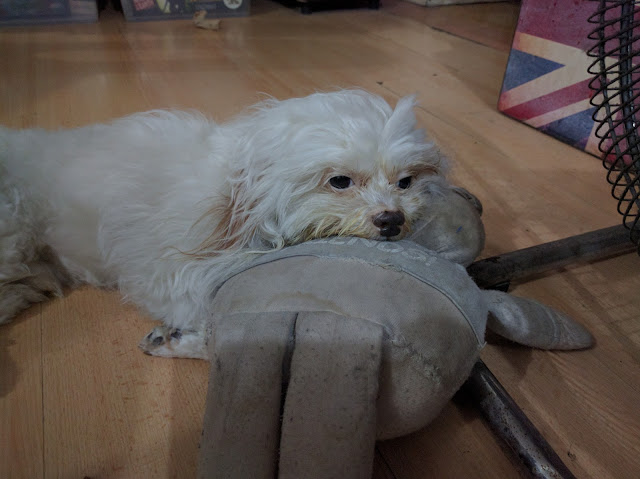 We've been home all weekend. Apart from a fun return to the tabletop RPG world of Orpheus, the weekend has mostly been about Yoshi. He's pretty weak but still alert and he's still able to walk around to find a new place to sleep, drink more water, or pee only on the pee pad because he's well-trained that way. It's definitely very scary and we're hoping that he's not in too much discomfort. For now we're just doing our best to keep him strong while hoping the Chinese medicines will do their work.

We've done our best to up his feeding to get closer to where he needs to be in terms of daily nutrition. As weak as he is, he seems to save a lot of his energy for resisting us when we administer medication or feed him baby food with a syringe. So yeah he's still a feisty little fighter and we can only hope that he finds a way to use that energy to get little better.

Still no desire for solid food though. That's pretty worrisome, but for now we can only manage his condition as best as we can. We don't want to have him confined again nor do we want to put him on an IV line in a cage. He's still an independent character and I don't think I want to see him live the rest of his life in a cage. So it's better to deal with the force-feeding and his grumblings and complaints versus that alternative.