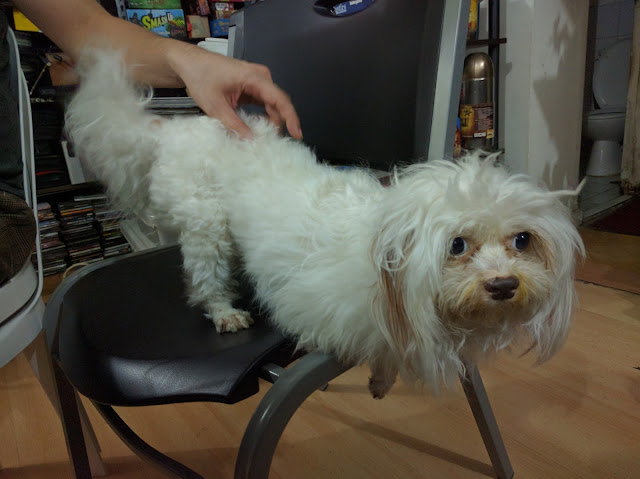 Yoshi seems in somewhat better spirits since we got home last night, and that's a welcome change. He still spends most of his time resting, but he still has nice moments of clarity when he's more into interacting with others. He's still not eating solid food though - now not even his snack sticks seem to get him interested. But he's definitely more active now than he was yesterday at the office.

I know he's under a lot of stress with our efforts to keep up the fight. It feels like almost every waking hour involves forcing something down his throat whether we're talking about tablets, his Chinese medicine paste or even various forms of baby food. I know he's still underweight, but I think we've arrested the decline with all the baby food so far, but I really wish he'd eat more. We're doing our best to pace things so that he can rest and relax, but the complexity of his condition and his treatment regimen doesn't give us much wiggle room there.

It has been over a week since Yoshi stopped eating solid food. I'm very worried if the end of the road is coming up sooner than we'd like despite all our efforts to fight on. But I remind myself that we're also past the three week mark, and every new day is still a gift.

It just isn't easy to see him so weak. But he's still there when I look into his eyes. He still walks around the Sietch freely and he checks when there are people at the door. And that tells me there's something - or in this case someone - worth fighting for. 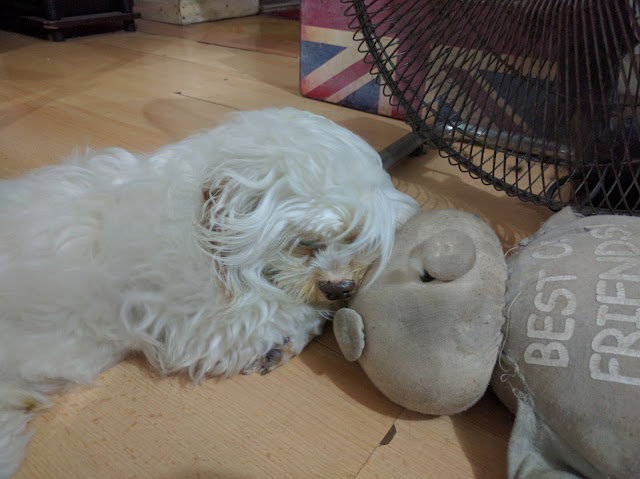