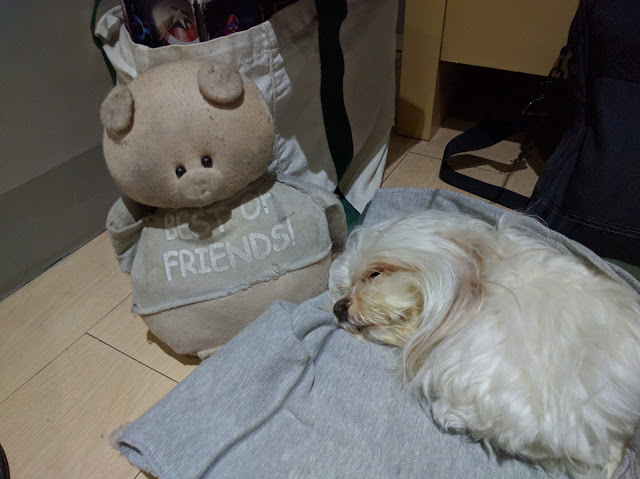 Yoshi's not have a very good day today. He decided to stay away from the office team by asking to go into the bedroom and has been lying down most of the day. He's still responsive when we call him but he's really not inclined to try eating even more than before. We've been force-feeding him baby food steadily throughout the day but the amounts he has ingested are hardly enough to get him back to a healthier weight.

I'm really worried - well both Tobie and I are. But he's still "there" if you get what I mean and he's not exactly a listless vegetable. He still has enough energy to fight us when we give him his meds or try to feed him, so that has to count for something, right? I  know he's having a hard time and we can only hope that things get better for him soon. 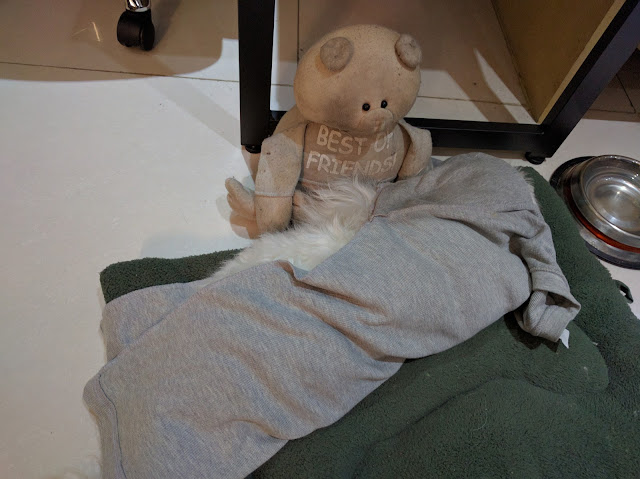 So I guess we're not going out tonight. We were considering going to O Bar to de-stress, but it seems like Yoshi may need us more for now. Maybe things will be different when we get home to the Sietch. I'd love for that to happen for sure.
health sietch life Tobie Yoshi