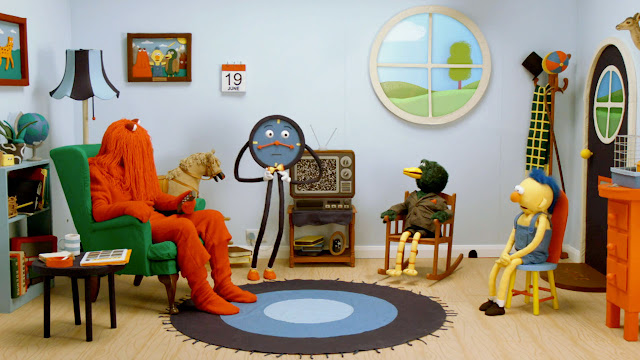 Tobie has a knack for finding strange videos on the internet like Teddy Has an Operation or the Little Babies Ice Cream commercials. And thus he was also the same person who introduced me to Becky & Joe's Don't Hug Me I'm Scared series of videos. And just last Sunday on the now familiar date of June 19, the series finally aired its final episode. And wow, it was certainly something else and an oddly satisfying end to this series of disturbing yet quite creative videos.

There are a good number of explanations and theories for the various episodes and the series as a whole and I think I've come to accept which ideas make sense to me and which ones seem a bit much or a little too far-fetched. Regardless of which ideas you think are right, the web series has certainly all of us a lot to think about.

And while you could just find all this disturbing and weird, really one has to commend the creative minds that came up with these videos and the mentally convolute masterpiece that they ended up with. One can enjoy as a piece of theater almost given its rather absurd nature or you can treat it like a puzzle to be solved.

And that's all part of the creative brilliance that we see demonstrated time and time again when it comes to such ventures on the internet. Not being overly limited by TV moderation standards and such have help foster a new generation of filmmakers who don't just strike out on their own to create such interesting videos but who also have a medium to present  their ideas to the world. And we're all the better for it.