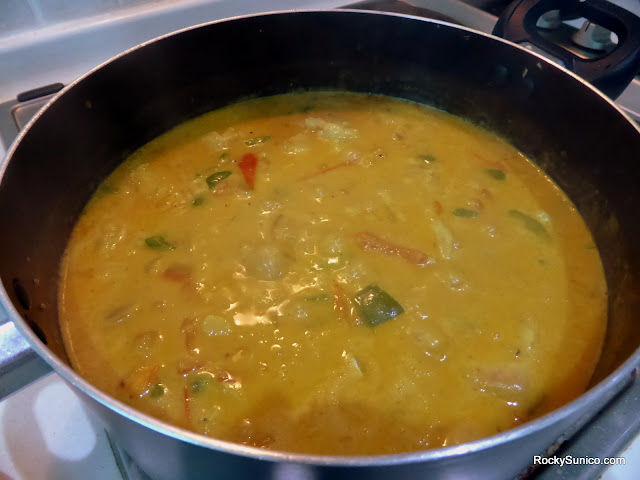 So I cooked curry for the office today. It's always tricky to cook something spicy for other people since you can never really tell what everyone's spice tolerance level is like. I still wanted to make a dish that had some kick, but at the same time I wanted to make sure everyone could still eat it. But it seems that end result was good and I think this was better received than my Mexican Relish a few weeks ago.

Tobie is dead asleep and I dunno when I'll be able to wake him up. He had a crazy 32-hours at the office yesterday and he only managed to get some sleep when he crashed here in the afternoon. I don't want to let him sleep through the entire evening since that might result in him being awake later in the week hours of the night. Poor guy. And I had been all excited about the joys of Marketplace by Rustan's, too.

Yoshi wasn't able to walk much today because of the on-again, off-again drizzle and rain. He's not too annoyed by it, but I can tell he probably wanted to walk more, especially in the afternoon.
food adventures Tobie work Yoshi