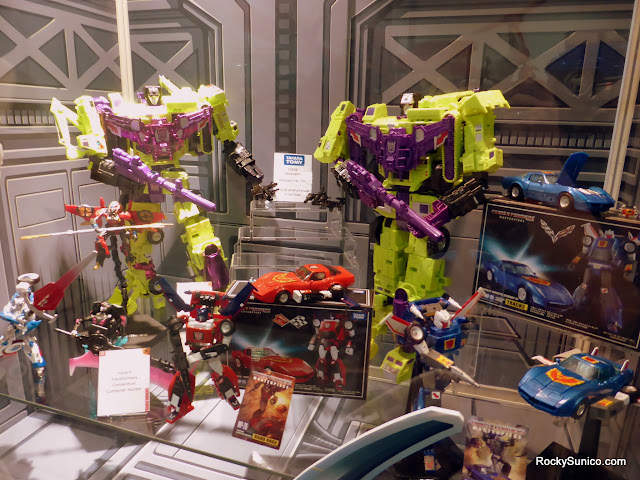 It's interesting how we've spent most of this Singapore trip at my sister's place. It's the near-equivalent of staying in your hotel during a trip to another country, although here the food is way better plus she has literally a dozen animals. So yeah, it's still counted as quality vacation time, right?

But at least we took the time to go to the second day of this year's Singapore Toy, Game and Comic Convention. We actually didn't plan this trip around the event -it was just a coincidence that we were in town at the same time of the event. So we still made the trip, paid the entrance fee and only picked up a few trinkets. Mostly I took photos of the displays and that was that.

We also swung by Funan Digital Life Mall on the way home in order to check out Battle Bunker. We avoided  getting a copy of Legendary: Predator since it seemed pricier than what we expect to pay when it eventually gets to Manila so patience is key. The other store we wanted to check out was closed for the day, unfortunately, so we just made the most of the night as is.

And now we're just chilling at the house and we'll probably not sleep anymore in order ensure we're not late for our early morning flight home. This involves actually packing all the geeky things that we purchased over the weekend so we don't miss out on anything.
family run the world Tobie