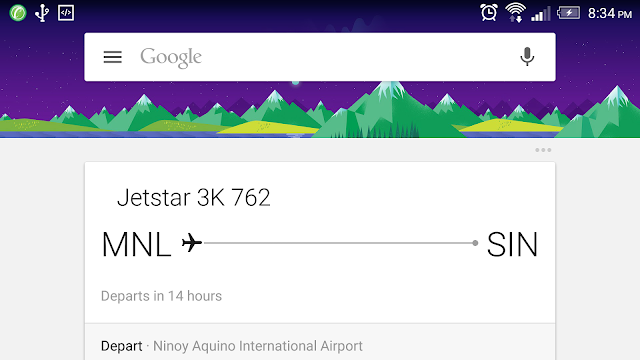 So about a year ago I booked tickets to Singapore during one of Jetstar's more generous fare sales. We didn't really think about it too much since then - it was just a far-off trip that we'd eventually take. But now that flight is tomorrow and I'm more nervous than usual since I had neglected to get our passports renewed sooner and now we're in that weird window where our passports are due to expire in six months.

Normally an expiration date is an expiration date, but one of the quirks or international travel is how sometimes having less than 6 months left on your passport can cause problems with immigration. We're already scheduled for passport renewal - it's just a shame that the soonest appointment we could book is all the way in October. I honestly believe that we should be okay and immigration will eventually let us through. But of course it's a lot easier to be crazy paranoid about things, and thus I worry if we'll end up getting stopped at Singapore Immigration after flying all the way over.

But hey, hope for the best, right? Plus both of our passports show a lot of travel between the Philippines and Singapore, so it's not like we don't have a solid history of visiting the country and eventually going home. That should be enough to let us through, right?